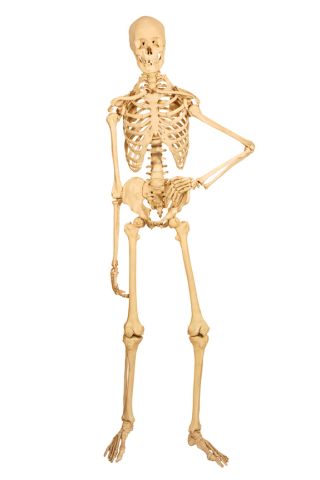 The skeletal remains of the 'In Cold Blood' killers will yield DNA evidence that might link them to another murder.
(Image: © Philipp Nicolai | Shutterstock)

It was one of the most shocking crimes of the 20th century — the 1959 murder of the Clutter family that inspired the classic "In Cold Blood" by Truman Capote. Now, using 21st-century DNA technology, the killers might be implicated in another mass murder.

The bodies of convicted murderers Richard Hickock and Perry Smith were exhumed Wednesday (Dec. 19) from a Kansas graveyard to obtain DNA samples from their bone marrow. Both men were executed by hanging in 1965.

Shortly after Hickock and Smith killed Herb and Bonnie Clutter and two of their children in Holcomb, Kan., the pair fled to Florida in a stolen car, according to the Associated Press. And on Dec. 19, 1959 — just 34 days after the Clutter murders — Cliff and Christine Walker and their two children were shot to death at their home in Osprey, Fla., 10 miles south of Sarasota.

Christine Walker also was raped; the couple's 2-year-old daughter was drowned in a bathtub. Evidence shows that Hickock and Smith shopped at a Sarasota department store the day of the Walker murders, making them prime suspects in the crime, according to the AP.

A sample of semen was obtained from Christine Walker's underwear. The DNA from that sample will be compared with the DNA obtained from the remains of Hickock and Smith.

In years past, a DNA comparison would have been unreliable, but newer technologies are much more accurate. "We can get smaller samples, more decayed samples, and still get matches," Kyle Smith, deputy director of the Kansas Bureau of Investigation, told the Associated Press. "They could have tried this 20 years ago and maybe used up what biological samples they had and gotten nothing from it."