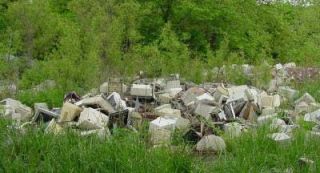 Researchers in Romania have created a way to transform bits and pieces of printed circuit boards from jettisoned computers into clean raw materials for consumer products, such as fuel and plastics.

Potentially toxic computer waste could instead wind up fueling your car one day.

A simple and efficient technique can recycle discarded circuit boards into environmentally friendly raw materials for use in fuel, plastic and other useful consumer products.

As electronics make their way everywhere around the world, heaps of outdated, unwanted devices are piling up in junkyards. This is creating one of the world's biggest environmental headaches.

Computers and other electronics are more hazardous than normal household trash, loaded as they are with toxic materials such as arsenic, mercury and lead or certain flame retardants. In 2005, the United States generated some 2.63 million tons of such garbage, and this amount is only expected to increase — "electronic waste" is the fastest growing part of our waste stream.

Now scientists in Romania and Turkey are seeking ways to remove toxic materials from electronics so these scrap materials can be safely recycled.

The researchers collected printed circuit boards from discarded computers. They employed a special combination of catalysts, high temperatures and chemical filtration to destroy flame-retardant additives in the plastics. This removed nearly all the toxic substances from the scraps, resulting in oils that could be safely used as fuel or raw materials called feedstocks for a wide range of consumer products, the researchers said.

Hall noted that currently, scrap printed circuit boards can be processed in smelters, and this novel method will have to demonstrate its advantages over smelting if it is to succeed commercially. The benefit of this new technique "is that as well as recovering the metal content of the printed circuit boards, you can also recover the valuable organic chemicals," he told LiveScience.

"The biggest obstacle to development of this technology is the scaling-up of the process," Hall added.

Researcher Cornelia Vasile at the Romanian Academy at Iasi and her colleagues will detail their findings in the May 21 issue of the journal Energy & Fuels. They received funding from the Romanian National Authority for Scientific Research.