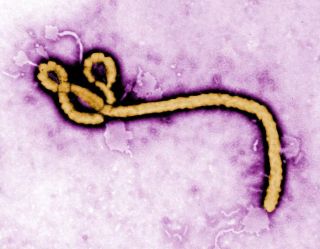 Ebola and Lassa are hemorrhagic fevers, made memorable by the horrific symptoms that can accompany them.

First identified about four decades ago, these killer viruses can cause their victims to bleed both internally and from the mucosal membranes of the eyes, nose and elsewhere. A severe infection can also produce neurological problems, including tremors and brain swelling.

But mounting evidence indicates these terrifying diseases, which occur in Africa, may not be the terrifying new arrivals — called emerging infectious diseases — they have been labeled, a team of researchers argues.

Genetic evidence and signs of widespread exposure to these diseases in parts of Africa indicate they are, in fact, well-established diseases only discovered by Western medicine about 40 years ago, they say.

The horrific symptoms associated with these hemorrhagic fevers may have obscured their more mundane manifestations, said researcher Pardis Sabeti, an associate professor at Harvard University.

Contrary to popular perception, the hemorrhagic fevers, including Ebola and Lassa, can cause general, flulike symptoms — fever, sore throat, cough — particularly during early onset. This can make them easily confused with other common diseases in Africa, such as typhoid fever and malaria, said Stephen Gire, a research scientist in Sabeti’s lab.

What's more, many patients never go to the hospital; deaths associated with fever are common in many parts of the developing world, Sabeti, Gire and colleagues write.

Sabeti and Gire are among researchers who have been studying Lassa and helping communities affected by it as part of an international collaboration with Kenema Government Hospital in Sierra Leone and the Irrua Specialist Teaching Hospital in Nigeria.

In their work, the researchers see a broad spectrum of symptoms. While some Lassa patients developed the classic symptoms, including bleeding, others went into comas or had seizures; others never became seriously ill at all. Those who died were mostly victims of kidney and liver failure.

Often, patients did not bleed, but they could still be come seriously ill and die, Gire told LiveScience, adding that the same is true for Ebola.

During an outbreak of Ebola in Uganda this summer, officials were slow to identify the disease because victims did not show typical symptoms, such as coughing up blood, according to the Associated Press.

And, as with Lassa, reports indicate that in some cases, Ebola infections may cause no symptoms at all.

Blood tests in populations hard-hit by the diseases indicated substantial percentages of people had been exposed to the viruses and mounted an immune response. For Lassa virus, up to 55 percent of people in affected parts of Guinea tested positive for exposure, while for Ebola, exposure rates topped out at 22 percent. [10 Deadly Diseases That Hopped Across Species]

Genetic evidence also suggests the viruses have a history with humans that goes back much further than the four decades.

Sabeti, a computational geneticist, found that between 3,000 and 10,000 years ago, a variant of a particular gene, known as LARGE, appears to have swept through West African populations. The effects of the variant are not yet clear, but Sabeti and colleagues hypothesize it offers resistance to Lassa virus.

The cases of people infected, but not physically sickened, by the viruses hint that people living in affected areas may have developed genetic resistance at some point, Gire told LiveScience.

If Ebola and Lassa are newly diagnosed (rather than newly emerging), widespread diseases, researchers can study and monitor them, and develop treatments without waiting for an outbreak, he said.

The research appears in Friday's (Nov. 9) issue of the journal Science.