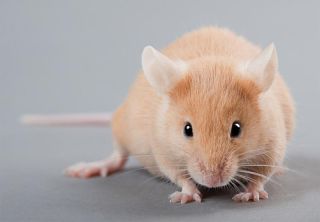 New York University Hospital has reportedly lost thousands of laboratory mice to Hurricane Sandy, a research setback that could take years to correct, according to scientists.

One of the university's three animal research facilities, the Smilow building, "was adversely impacted by the severity of the flood surge and the speed with which it came on," according to a statement released Wednesday (Oct. 31) by the NYU Langone Medical Center.

"Animal resource staff was on site continuously to mitigate the damage from the storm, but due to the speed and force of the surge, animal rescue attempts were unsuccessful," according to the statement.

"We are deeply saddened by the loss of these animals' lives and the impact this has on the many years of important work conducted by our researchers," NYU officials said in the statement. Other scientists contacted by LiveScience agreed the consequences for medical research could be far-reaching.

"It's really, really devastating," said Jacco van Rheenen, a medical physicist at the Hubrecht Institute in the Netherlands who has worked with laboratory mice. The problem may go beyond NYU, van Rheenan told LiveScience.

"Some mice are unique, they're just made for certain research," he said. "So if [the researchers] didn't send it out to other labs, that line is just lost." [On the Ground: Hurricane Sandy in Images]

Mice can breed several times a year, and they reach maturity quickly. But that doesn't mean that it's easy to keep a colony of lab mice going. Scientists use genetic engineering techniques to create and breed what are called transgenic mice — strains where certain genes are "knocked out" or otherwise altered so researchers can pinpoint genetic variables in development and disease.

Creating these transgenic lines can take years. It starts with lab work to target a specific gene, said Ashley Seifert, who researches tissue regeneration at the University of Florida in Gainesville. Next, researches have to insert the altered genes into mice blastocysts (early embryos) and then implant those embryos into mother mice that can gestate the new strain. Then the researchers have to make sure the genetic alterations made it through development and into the sperm and egg of the baby mice so that they can breed and pass on these changes.

Simply knocking out one gene so that it doesn't function in the body takes about a year, Seifert told LiveScience. Many transgenic mice are more complex than that, however, and additional genetic alterations require crossbreeding or manipulating multiple genes. That can take two or three years.

It's the kind of time a doctoral student might not have, Seifert said. A Ph.D. student working for three years to create a transgenic mouse strain for her research could find herself back to square one in what's supposed to be a five- or six-year program.

"If I were to lose all my mice in one fell swoop, I'm basically starting from scratch and have lost three years of work," Seifert said. It's the equivalent of the only copy of a typewritten novel burning in a house fire, he added. [Gallery: The Art of Biomedical Research]

Not to mention three years of funding. Research money is hard to come by, and grants are competitive, said Erich Jarvis, a neurobiologist at Duke University. And in an academic climate of "publish or perish," early-career researchers who suffer a setback can be in trouble.

"Graduate students and postdocs, their careers depend on publishing successful scientific research, and if they lose their animals that's going to set them back," Jarvis told LiveScience. "I'm making it sound dire here, but it probably is."

Once the power is on and the damage catalogued, NYU researchers will have to rebuild, scientists said. If researchers have shared their mouse strains with other scientists, they'll be able to call their colleagues and ask for replacements, Jarvis said — a type of scientific sharing that may save some researchers in the wake of this disaster.

"If somebody sent me something from NYU and they called me up, I would say, 'I'll breed you more animals,'" Jarvis said.

But some strains may be unique to NYU, either because their creators chose not to share them or because they're too new. Those researchers will have no choice but to scrape that line of work or start all over again. Graduate students will likely require extensions of deadlines to complete their work.

"One thing I would not do is, I wouldn't give up," Jarvis said.

Editor's Note: This article was updated to add information from a statement recently released by the NYU Langone Medical Center.