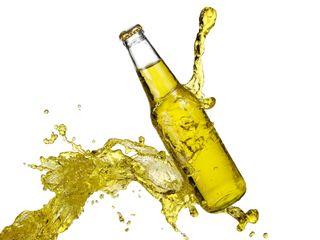 Energy drinks may contain more caffeine than their labels claim, according to a new report.

Researchers at Consumer Reports purchased cans of 27 popular energy drinks and shots online and at stores in New York, Connecticut and New Jersey, and tested the caffeine levels in three samples of each product.

Caffeine levels in the drinks ranged between 6 and 242 milligrams per serving, and some containers contained more than one serving, they found.

The researchers found that 16 of the products listed a specific amount of caffeine on their labels. However, their own tests showed that five of these products — Arizona Energy, Clif Shot Turbo Energy Gel, Nestlé Jamba, Sambazon Organic Amazon Energy and Venom Energy — contained at least 20 percent more caffeine than stated. One sample, of Archer Farms Energy Drink Juice Infused, contained about 70 percent less caffeine than was listed on the label.

For the other 11 products, no specific amount of caffeine was given on the label. "Their blends may be proprietary," they wrote in their report. [Full results: Caffeine Levels in Energy Drinks (Infographic)]

Moderate doses of caffeine, between 200 to 300 mg, aren't harmful for healthy adults, whereas heavy daily use, of more than 500 mg, can cause insomnia, fast heartbeat and muscle tremors, according to the Mayo Clinic. But people can vary widely in how much caffeine they can consume before experiencing unhealthy side effects.

Pregnant women are generally recommended to limit consumption to less than 200 mg daily (higher levels have been linked in some studies to an increased risk of miscarriage).

The American Academy of pediatrics recommends that children should limit their caffeine consumption to 100 milligrams a day, and should not drink energy drinks.

The benefits of caffeine include alleviating fatigue and increasing mental alertness. The compound can also improve concentration and focus.