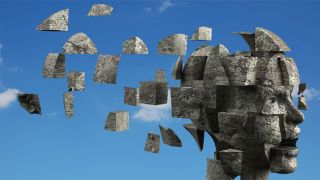 Creative types are thought to be more likely to suffer from mental illnesses, such as bipolar disorder and schizophrenia. A new large-scale study of the Swedish population helps confirm this link.

Last year, researchers at the Karolinska Institutet near Stockholm found that families with a history of bipolar disorder and schizophrenia were more likely to produce artists and scientists. They built on this evidence in a new study, published this month in the Journal of Psychiatric Research, which covers a larger population sample and a wider scope of psychiatric diagnoses.

The researchers used 40-years' worth of data from Sweden's health registry, looking at the anonymous records of almost 1.2 million patients and their relatives. They found certain mental illness — in particular bipolar disorder — are more common among artists and scientists, from dancers and photographers to researchers and authors.

Writers specifically were more likely to be diagnosed with schizophrenia, depression, anxiety and substance abuse, and they were almost 50 percent more likely to commit suicide than the general population, the study found.

Creative types also were more likely to have family members being treated for schizophrenia, bipolar disorder, anorexia and autism.

"If one takes the view that certain phenomena associated with the patient's illness are beneficial, it opens the way for a new approach to treatment," Kyaga explained in a statement. "In that case, the doctor and patient must come to an agreement on what is to be treated, and at what cost."

In a British study earlier this year, some people with bipolar disorder said the condition had affected their lives in positive ways, amplifying their internal experiences and enhancing their access to music and art.