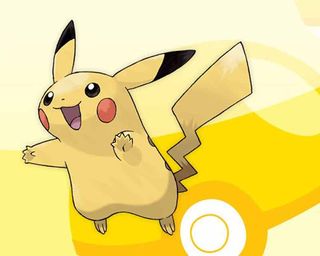 An image of Pikachu, one of the characters in the video game and TV anime series Pokemon. One TV episode triggered seizures in hundreds of Japanese viewers during a 1997 incident.
(Image: © Nintendo)

When the TV anime show Pokemon caused seizures in more than 600 Japanese children during a particularly dazzling 1997 episode, the U.S. Army saw a chance to harness such power for a new nonlethal weapon.

The Army wanted to create a weapon that could trigger a seizure in "100 percent of the population" at distances of possibly hundreds of miles, according to Wired's Danger Room. A document obtained by Wired specifically mentioned the Pokemon seizure incident that took place on Dec. 16, 1997 when flashing lights caused symptoms of epilepsy in hundreds of the Japanese viewers.

Wired acquired the document on nonlethal weapon concepts from an unnamed person who used a Freedom of Information Act request.

The Army apparently considered the idea of using an electromagnetic pulse (EMP) to disrupt the electrochemical pathways in the human brain and force brain cells to fire off wildly in a pattern similar to an epileptic seizure. But when Wired asked the Joint Non-Lethal Weapons Directorate about whether the idea had ever gone anywhere, it received a straight "No" for an answer.

Similarly fascinating and somewhat terrifying ideas in the document include using microwaves to heat up people to mimic a fever — a way of possibly controlling crowds or using psychological warfare against enemies.