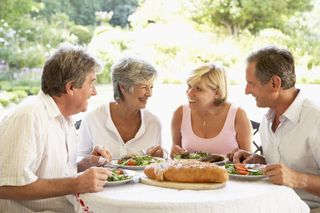 Women who take ibuprofen or acetaminophen two or more days per week have an increased risk of hearing loss, a new study suggests.

Researchers found that the more often women took either of these pain relievers, the higher their risk for hearing loss. The link was stronger among women younger than 50 years old, and especially strong among those who took ibuprofen six or more days a week.

There was no link between taking aspirin and hearing loss, according to the study.

"Even though these pain relievers are widely available, they're still medications with side effects," said study researcher Dr. Sharon G. Curhan, an instructor in medicine at Brigham and Women's Hospital in Boston. "If you think you have a need to take these medications daily, you should discuss this with your doctor first."

However, some experts disagreed with the strength of the findings.

"Hearing tests were not performed in this study," said Dr. Ronna Hertzano, an otolaryngologist from the University of Maryland School of Medicine, who was not involved in the study. Instead, the researchers relied on study participants' answers to one question on a questionnaire, which is a less accurate measure of hearing loss and limited the validity of the study, she said.

"Hearing loss over the age of 50 is common," Hertzano said. "Some people may be bothered by it, while some aren't even aware they have it."

More than 50 percent of adults suffer from high-frequency hearing loss by age 60, according to a national survey conducted by the Centers for Disease Control and Prevention. The condition can affect people's ability to hear normal speech.

People's risk of high-frequency hearing loss increases with age, Hertzano said. "As we age, we lose the ability to hear high-pitch sounds, or it would have to be particularly loud for us to hear it."

In the new study, Curhan and colleagues analyzed data gathered on more than 62,000 women who took part in theNurses' Health Study II, from 1995 to 2009. Over the study period, about 10,000 women reported they had hearing loss.

Women who said they took ibuprofen two or three days a week were 13 percent more likely to have hearing loss compared with women who took ibuprofen less than once a week.

Women who took acetaminophen two or three days a week were 11 percent more likely to report hearing loss compared with those who took the drug less than once a week.

Women who took ibuprofen or acetaminophen more than five or six days a week had 21 to 24 percent increased risk.

However, the study didn't look at the reasons these women were taking pain relievers this frequently, Hertzano said. "If someone takes acetaminophen or ibuprofen on a daily basis, there has to be some underlying problem," she said.

Pain relievers could decrease blood flow to the cochlea, which is a part of the inner ear involved in hearing, Curhan said.

Experts believe genetics and constant exposure to loud noises also contribute to hearing loss. Treatments for the condition include hearing aids, and ear implants for people with severe hearing loss.

Hertzano said people should not stop taking pain relievers based on the results.

"More research is needed to determine a reliable link between [pain reliever] use and hearing loss," she said.

The study was published in the September issue of the American Journal of Epidemiology.

Pass it on: Some pain relievers can contribute to increased risk of hearing loss in women.