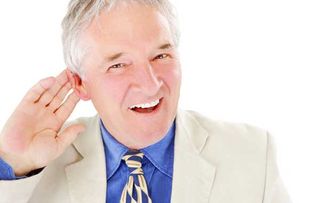 About 30 million Americans, or 12.7 percent of the population, have hearing loss in both ears, according to the study.
(Image: © Dreamstime)

Nearly one-fifth of all Americans 12 years or older have hearing loss, a new national survey shows, making the condition much more prevalent than previously thought.

About 48 million people in the U.S. have hearing loss in at least one ear, which is approximately 20.3 percent of the U.S. population, researchers at Johns Hopkins University in Baltimore found. That's much higher than previous estimates, which calculated the number at about 21 million to 29 million.

"This gives us the real scope of the problem for the first time and shows us how big of a problem hearing loss really is," said Dr. Frank Lin, who studies hearing loss and its treatments at the university.

Previous estimates of the occurrence of hearing loss in the U.S. focused on various cities or groups, such as children or the elderly, whereas the new study used a nationally representative sample of people, according to the researchers.

Using data from the National Health and Nutritional Examination Surveys (NHANES), Lin and his colleagues examined survey data from participants ages 12 and older whose hearing was tested between 2001 and 2008. Because NHANES includes data from men and women of all races living in cities throughout the country, its data is thought to statistically represent the U.S. population.

The World Health Organization defines hearing loss as not being able to hear sounds of 25 decibels or less in speech, which is about the sound level inside of a library. Based on that definition, the researchers found that, overall, about 30 million Americans, or 12.7 percent of the population, have hearing loss in both ears.

According to the study, the prevalence of hearing loss nearly doubled with every age decade, but women and blacks were less likely to have hearing loss at any age.

Lin noted that the female hormone estrogen and the pigment melanin in darker skin could have protective effects on the inner ear. However, the researchers can't say for sure why these groups appear to be protected and plan to research the topic in future studies.

The study was published today (Nov. 14) in the journal Archives of Internal Medicine.

Pass it on: One in five Americans 12 years or older has hearing loss, far surpassing previous estimates of the condition.