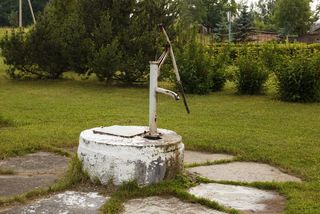 About 9 percent of New York state water wells contain enough dissolved methane to require monitoring and other safety measures, according to a new study.

The research tested more than 200 wells used for drinking water across the state for the explosive gas, which is naturally occurring but can be dangerous if ignited. In 2 percent of wells, methane levels were so high that the gas needed to be vented off to avoid potential detonation.

"The research is important because it raises the awareness of the natural quality of people's drinking water," study leader William Kappel, a hydrologist with the U.S. Geological Survey (USGS), said in a statement. "Well owners should work with local health departments to understand the quality of their drinking water to know if methane or other chemicals are present."

Methane is odorless and colorless and is the main component of the natural gas used to heat homes and make electricity. The gas occurs naturally in its dissolved form in some groundwater systems, USGS director Marcia McNutt said in a statement.

Six million New York state residents get their drinking water from groundwater, making water quality an important issue. In the new study, Kappel and his colleagues analyzed well-water samples collected between 1999 and 2011. They found that 91 percent of wells were free of methane. Seven percent, however, contained levels greater than 10 milligrams of gas per liter of water. Well owners with methane levels this high should contact their local health departments for help with monitoring or remediation, according to the USGS. Another 2 percent of wells had levels greater than 28 milligrams of methane per liter. At those levels, venting of the gas is necessary to prevent possible explosions. [10 Greatest Explosions Ever]

Methane pollution is a concern where energy companies drill for oil and natural gas. Wells, oil-field tanks and other equipment can leak the gas, causing air pollution. One study, published in May 2012 in the Journal of Geophysical Research, found that oil and gas operations in northeastern Colorado leak about twice the amount of methane as industry estimates would suggest. These findings have implications for global warming, as methane is a greenhouse gas that traps heat in the atmosphere, much like carbon dioxide.

Given increased energy exploration and drilling in New York and Pennsylvania, the new groundwater research will help establish the baseline for normal levels of methane in New York, according to the USGS.