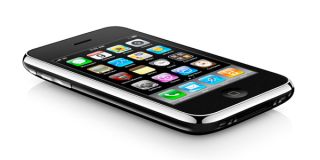 Cellphones carry 10 times more bacteria than most toilet seats, so it shouldn't be surprising that a man in Uganda reportedly contracted Ebola after stealing one.

He stole the phone from a quarantined ward of a hospital, near the site of a recent Ebola outbreak, reports said.

But regardless of your proximity to an Ebola outbreak, your cellphone is still probably pretty grimy, said Charles Gerba, a microbiologist at the University of Arizona.

"They've got quite a bit on them," Gerba said. "When's the last time you cleaned your cellphone?"

While toilets tend to get cleaned frequently, because people associate the bathroom with germs, cellphones and other commonly handled objects — like remote controls— are often left out of the cleaning routine.

Cellphones pick up germs all the time, Gerba said. "I see people talk on their phone on toilets."

However, the amount of germs on a phone isn't a problem — it’s the sharing of phones between people. Without sharing, each phone carries just one set of germs, and won't get its owner sick, Gerba said. The problem with phones is that we're in constant contact with them, and they spend a lot of time in close proximity to our faces and mouths. And, because it's an electronic device, most people are hesitant about cleaning them.

This is also this case with remote controls, which, Gerba noted, are also often used by people when they're sick. Remotes are more frequently shared, too, so they're usually even worse than phones for spreading germs, he said.

Other common culprits that are hotspots of unseen disease include office phones, shopping carts and the first-floor buttons of elevators, he said.

To limit the spread of diseases from phones or other objects, try not to share them, or wipe them down with an antibacterial wipe if you do. While sprays might damage the equipment, a gentle wipe should do the trick, Gerba said.

Pass it on: Your cellphone is 10 times more germy than a toilet seat.