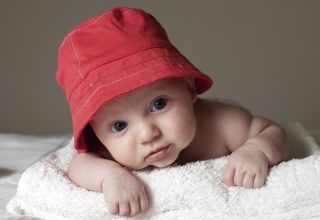 What do actress Mila Kunis, boy-band singer Harry Styles and Spanish soccer goalkeeper Iker Casillas have in common? They're among the hottest baby-name trend drivers in recent months, according to a new analysis by baby-naming website Nameberry.

These celebrities won't necessarily land in the top 10 most popular baby names, but the monikers are among the fastest-rising names in the United States and United Kingdom, said Pamela Redmond Satran, who co-runs the Nameberry website. Satran searched the U.S. and U.K. naming rolls for 2011 and compared fast-rising names to celebrities who became prominent around the same time.

Celebrities are "popularizing their own names, their children's names and also the characters they play," Satran told LiveScience.

That's not to say that parents name baby based solely on who is trending on TMZ right now. In several cases, the celebrity names tie into bigger naming trends. Amelia, for example, topped the list for girls' names in Britain in 2011, in part perhaps because people have been reminded of the name by hit singer Amelia Lily Oliver. But the name also follows a popular "A-name" trend for baby girls, Satran said. And Amelia is "different, but not too different" in how it sounds from popular girl names Emma and Emily, she added. [Most Popular Names of 2011]

Other fast-rising girl names linked to celebrities include Audrina, perhaps inspired by Audrina Partridge of the TV show "The Hills;" Adele, linked to the singer who goes by her first name only; and Elle, which piggybacks on the current popularity of "L" sounds for girl names but seems to have gotten a boost from young actress Elle Fanning, sister of Dakota Fanning. Mila, as in Mila Kunis, echoes the top-10 name Mia, which may explain its leap up 200 places in U.S. popularity rankings this year.

Meanwhile, non-traditional names for boys seem to increasingly catch parents' eyes, Satran said. Many of the top boy names in America now are not the old family-name standbys such as Michael or William, but newcomers such as Mason or Jayden, she said.

Parents looking for unique names for their y-chromosomed offspring may be finding inspiration on the silver screen. Actor Kellan Lutz, who portrays Emmett Cullen in the "Twilight" movies, seems to have inspired a name trend in the United States, where Kellan has moved up to number 363 in popularity in the Nameberry rankings. Harry, the new number-one name in Britain, may have gotten the juice it needed to reach the top spot thanks to Harry Styles, member of the boy band One Direction.

The biggest surprise on the list was Iker, pronounced "ee-keer," Satran said. The name moved up 267 places in popularity in the United States, despite being what Satran called "kind of an intrinsically unattractive name." It's the sort of popularity leap that can only come from a celebrity, Satran said. The name originates with the Basque people, a Spanish ethnic group.

"The fact that it's among the fastest-rising names for boys in the U.S. is a real testament to Casillas, to the dominance of his attractiveness, because it's a very unattractive choice," Satran said, referring to the Spanish goalkeeper.

The full list of celebrity names can be found on Nameberry.