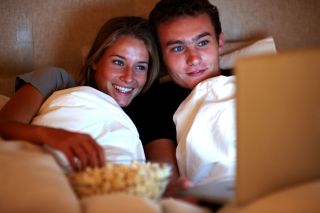 About two-thirds of older teens and young adults in the United States have had oral sex, according to a new report from the Centers for Disease Control and Prevention.

Between 2007 and 2010, 66 percent of women and 65 percent of men ages 15 to 24 reported they had either given or received oral sex with a partner of the opposite sex, the report found.

The new report was one of the first to gather information on whether teens and young adults tend to have oral sex before or after they first have vaginal intercourse. Some teens may delay intercourse to maintain their virginity or avoid the risk of pregnancy, while others may move rapidly from oral sex to first intercourse, the CDC says.

For boys, those who had oral and vaginal sex for the first time on the same occasion were more likely to report losing their virginity when they were younger than 15, compared with those who had had oral sex before or after vaginal sex.

The results, which are based on interviews with 6,346 people, are published today (Aug. 16) by the CDC's National Center for Health Statistics.

Pass it on: About two-thirds of U.S. teens and young adults have had oral sex, and a similar proportion have had vaginal intercourse.