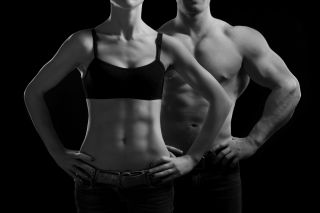 From U.S. swimmer Ryan Lochte telling ESPN that 70 to 75 percent of Olympians have sex during the Games, to the controversy that ensued when an Australian brand of condoms was distributed along with those of official sponsor Durex, sex was certainly at the forefront of the London Olympic Games.

While Olympians certainly showed off their incredibly fit bodies during performances, the athletes were compelled to copulation by something even stronger than looks, experts say.

People are more likely to have sex when they're out of town, and are also more sexually attracted to others who are working toward the same goals, said Dr. Virginia A. Sadock, a clinical professor of psychiatry at New York University's Langone Medical Center. Both of these motivations may have prompted Olympians to have sex during the Games, she said.

"People away from their home environment tend to be a little more free, sexually," Sadock said, pointing out that significant others may be far away and out of mind. Additionally, leaving home often results in losing the stresses of daily life, which is why couples often report better sex when on vacation, she said.

Condoms have been provided at the Olympics since 1992, and this year, Durex sent 150,000 to the Olympic Village — enough for each athlete to have sex 15 times during the Games.

While leaving town is an important step toward sexual freedom, Olympians also all have something critical in common — they have worked for years, and many for their whole lives, to get to the Games. This creates an automatic bond between individuals, not to mention an easy conversation starter, Sadock said.

Working on a common goal often brings people together, even sexually, Sadock said.

"How many affairs go on when people are working on films?" she asked. A movie set can have an atmosphere similar to that of the Olympic Village — a lot of very attractive people are living in slightly isolated quarters, and all are working toward the same objective, Sadock said.

However, this "intense environment may not last beyond the project," she said.

Even those of us who have neither movie-star looks nor Olympian athleticism may find ourselves in similar environments, she said. A business or academic conference, or even a situation such as taking school entrance exams or graduation exams can provide a similar backdrop for getting busy.

"You've never seen each other before, and you're all going through the same thing," Sadock said.

Of course, the ripped bodies, youth and beauty of the athletes may also have something to do with it, she said.

"I'm very glad they're into safe sex," she added.