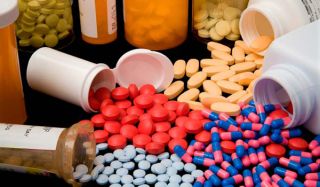 Some children who are given the pain relievercodeine after surgery may be at risk of life-threatening breathing problems, the Food and Drug Administration warned today (Aug. 15) as it investigated three deaths.

The FDA announced it is reviewing the cases of three children who died and one who experienced serious breathing problems after taking codeine, which followed surgery to remove their tonsils or adenoids. In each instance the codeine dose was typical of those given to children, the FDA said.

The agency said parents and caregivers should be aware of the warning signs that could indicate their child is experiencing a codeine overdose.

Signs of codeine overdose include unusual sleepiness, difficulty being aroused or awakened, confusion, and noisy and difficult breathing. If parents observe these signs, they should stop giving the child codeine and seek medical attention immediately, according to the FDA statement.

When prescribing codeine-containing drugs, doctors should use the lowest effective dose for the shortest time, on an as-needed basis, the FDA said.

In the body, codeine is converted by a liver enzyme into morphine. Some people are at a higher risk of experiencing the side effects of codeine because their livers convert codeine into morphine much faster than others' livers do. These "ultra-rapid metabolizers" are likely to have higher-than-normal levels of morphine in their blood after taking codeine, the FDA said. High morphine levels are dangerous because they can result in breathing difficulty.

There is evidence that the three children who died were ultra-rapid metabolizers, the FDA said.

Between 1 percent and 7 percent of people are ultra-rapid metabolizers, though the prevalence can be higher in certain ethic groups, according to the FDA.

The agency is conducting a review to determine if there have been additional cases of unintentional overdose or death in children taking codeine, and if these adverse events occurred during treatment of other kinds of pain, said Dr. Bob Rappaport, director of the Division of Anesthesia, Analgesia and Addiction Products in the FDA's Center for Drug Evaluation and Research.

Pass it on: Some children may experiencing life-threatening side effects from codeine, a drug commonly used for pain relief after tonsil surgery.