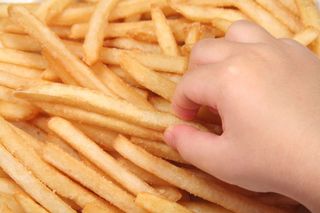 The percentage of young Americans with high cholesterol has declined over the past two decades, leaving one in 12 kids or teens with a higher-than-recommended count, according to a new report from the Centers for Disease Control and Prevention.

Researchers looked at total cholesterol, HDL and LDL counts and triglyceride levels in more than 16,000 kids and teens and found the percentage with high total cholesterol decreased from 11.3 percent to 8.1 percent between 1988 and 2010, according to the study.

Additionally, the percentage of participants with at least one problematic measurement decreased from 27.2 percent to 22.2 percent.

"Over the roughly 20-year study period, we found improvements, but almost one in 10 continued to have high totals," said study author Dr. Brian Kit of the CDC.

The researchers used data gathered during the National Health and Nutrition Examination Surveys. They looked during three time spans at cholesterol levels of those between ages 6 and 19: between 1988 and 1994, between 1999 and 2002, and from 2007 to 2010. Between 5,000 and 7,000 kids were surveyed for each period, and the sample was nationally representative.

Among adolescents, there was also a decrease in the average level of LDL ("bad") cholesterol, from 95 mg/dL to 90 mg/dL.

During this time, however, there has also been an increase in childhood and adolescent obesity, Kit said.

"The important message is that while weight status is one factor that contributes to cholesterol levels, there are other things that contribute," Kit said.

The new findings come as doctors debate recent recommendations from the American Academy of Pediatrics, which say that all children should undergo cholesterol screening between ages 9 and 11, and again between ages 17 and 21. Critics have argued that the cost of testing every U.S. child would be high, and that the main recommendations for children with high levels would be to eat better and exercise more, which most children with other risk factors are told anyway.

The study appears Wednesday (Aug. 8) in the Journal of the American Medical Association.

Pass it on: Though the cholesterol levels of kids and adolescents are improving, one in 10 still has high cholesterol.