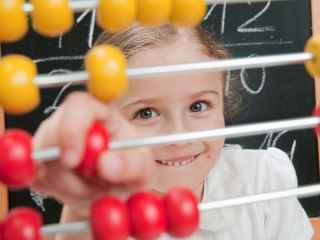 The Internet is full of cool math games, no abacus or love of numbers required.
(Image: © Gorilla | Shutterstock)

From an early age, boys tend to take a more impulsive approach to math problems in the classroom, which might help them get ahead of girls in the long-run, suggests the latest study to touch on the gender gap in math.

The research claims girls may tend to favor a slow and accurate approach — often computing an answer by counting — while boys may take a faster, but more error-prone tack, calling out an answer from memory. The difference in strategies seems to benefit girls early in elementary school but swings in favor of boys by middle school.

"In our study, we found that boys were more likely to call out answers than girls, even though they were less accurate early in school," Drew Bailey, who led the study, said in a statement. "Over time, though, this practice at remembering answers may have allowed boys to surpass girls in accuracy." [Cool Math Games]

The University of Missouri study followed 300 students from first grade to sixth grade. During those first two years, the boys called out more answers in class than the girls but also had more wrong answers. Girls were more often right, but answered fewer questions and responded more slowly, according to the university. By sixth grade, the boys were still answering more problems than the girls and were also getting more correct.

Several recent studies have argued that gender differences in math performance have more to do with culture than aptitude. Research published last year found that certain countries — generally ones with more gender equality, better teachers and fewer students living in poverty — showed a smaller gap between males and females in math and some had no gap at all.

Other research has pointed to inherent gender biases in the classroom. One such study found that high school math teachers tended to rate girls' math abilities lower than those of male students, even when the girls' grades and test scores were comparable to boys.

Gender issues aside, the researchers of the Missouri study — which was published in the Journal of Experimental Child Psychology — had some advice for parents based on the findings. "Parents can give their children an advantage by making them comfortable with numbers and basic math before they start grade school, so that the children will have fewer trepidations about calling out answers," David Geary, a co-author of the study, said in a statement.