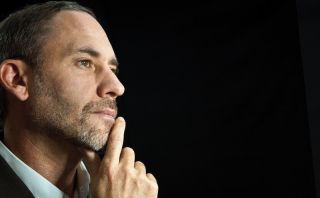 Trying to remember if you've seen something before? The brain's processing doesn't happen in a vacuum.
(Image: © Alexander Kirch, Shutterstock)

Your brain may be more likely to recognize new things as new when the unknown is already on your mind, according to new research.

The findings suggest that memories are not made or recalled in a vacuum, said study researcher Lila Davachi, a psychologist at New York University. Instead, memories are built with the influence of what your brain has just been exposed to, she said.

"Your previous state of mind can influence the way you see the world and what sort of decisions you make," Davachi told LiveScience.

In fact, the research suggests that the hippocampus, the part of the brain that encodes memories, may have two jobs that it can't perform at the same time: building new memories and recognizing old ones. The time it takes to switch between these two tasks may explain why the brain is better at recognizing new things when it's already in "new thing" mode. [5 Things You Must Never Forget]

To test the memory formation and recall process, Davachi and her colleagues showed participants a series of images. Some images were repeats, identical to images previously shown. Others were completely new, or were similar, but subtly different from earlier images.

Here's an example: A person sees an image of an apple, then a completely new image of a seashell, and then an image of a slightly different apple. If the brain has to switch between "old" and "new" modes, people who had just seen brand-new seashell should be in "new" mode, and thus more likely to notice that the similar apple is not the same one they saw before.

If the seashell were replaced by an image the participants had seen before — say, a ribbon — they should be more likely to mistake the similar apple for the original apple, because their brains are primed to look for old patterns rather than discern new ones.

That's exactly what the researchers found. After seeing a completely unrelated, but new, image, people were 10 percent better at correctly noticing that a similar image to one they'd seen earlier was not the same picture at all. The researchers detail these findings Friday (July 27) in the journal Science.

What this means, Davachi said, is that the way we create and remember our new and old memories essentially builds on what's happened to us in the few seconds beforehand.

"It may be better to see memory as a mode or a bias as much as it's seen as an act carried out on one particular stimulus," she said.

For scientists, the findings "open up a whole new level of analysis in terms of understanding memory, when you start to look at how decisions build upon decisions," Davachi said. For the average person, they suggest that memory is more under your control than anyone had suspected.

"What this suggests is that there are ways to modulate memory that can put it under our control," Davachi said. "So if you're in a mode where you want to study and learn new information, the more novelty you're exposed to may help you encode that information."