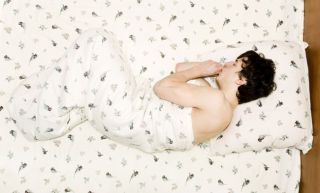 If you want to remember the information in this article, take a nap.

New research conducted by brain researcher Avi Karni of the University of Haifa in Israel explores the possibility that naps help lock in sometimes fleeting long-term memories. A 90-minute daytime snooze might help the most, the study finds.

"We still don't know the exact mechanism of the memory process that occurs during sleep, but the results of this research suggest the possibility that it is possible to speed up memory consolidation," Karni said. "In the future, we may be able to do it artificially."

Long-term memory refers to memories that stay with us for years, such as "what" memories — a car accident that happened yesterday — or "how to" memories, such as one's learned ability to play the drums or tear it up in a game of soccer.

Karni, who co-authored the study in a recent issue of the journal Nature Neuroscience, instructed participants to learn a complex thumb-tapping sequence, then split the study subjects into two groups: one that napped for an hour, and one that didn't. The people who took an afternoon snooze showed sizeable improvement in their performance by that evening.

"After a night's sleep the two groups were at the same level, but the group that slept in the afternoon improved much faster than the group that stayed awake," Karni said.

An additional leg of the study showed just how much faster a 90-minute nap could help lock in long-term memories.

"Daytime sleep can shorten the time 'how to' memory becomes immune to interference and forgetting," Karni said. "Instead of 6 to 8 hours, the brain consolidated the memory during the 90-minute nap."