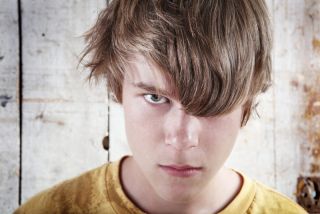 Uncontrollable anger may be more prevalent in teens than once thought, suggests a study finding that nearly two-thirds of U.S. adolescents have experienced an anger attack at some point in their lives.

These fits of rage involved violent threats, destruction of property or actual violence toward others. None could be accounted for by another mental disorder, and between 6 percent and nearly 8 percent of these teens would meet criteria for so-called intermittent explosive disorder (IED), a diagnosis given to people who have uncontrollable, aggressive outbursts.

These explosive anger attacks are serious, said study researcher Ronald Kessler of Harvard Medical School. They not only can harm others and destroy property, the disorder also seems to continue into adulthood. And while many individuals with intermittent explosive disorder don't seek treatment, studies have shown that certain medications and cognitive-behavior therapy can reduce the anger fits, according to a review just published in the journal Evidence-Based Psychiatric Treatment.

They defined IED in their study in two ways: a narrow definition in which participants had to experience three of these anger attacks in a year's time, and a broader definition that allowed these multiple attacks to occur any time in participants' lives.

"I chose both of them because the psychiatric profession is pretty confused by what they mean by IED and this is one example," Kessler told LiveScience in an interview. "There has been argument over the years about exactly how to define it and whether it exists, and this argument continues now," he said, adding that the Diagnostic and Statistical Manual of Mental Disorders (DSM) is currently being revised for the fifth time and this definition could change. [10 Controversial Psychiatric Disorders]

Results showed that nearly one in 12 individuals, or 7.8 percent of the participants, met the "lifetime criteria" for IED, while 6.2 percent of participants met the 12-month, stricter definition.

The most common attacks were those involving threats of violence (reported in nearly 58 percent of cases), followed by attacks involving violence (39 percent) and those involving destruction of property (nearly 32 percent). More than 72 percent of respondents who reported anger attacks said the fits involved more than one of these behaviors.

What's a parent to do

For parents who aren't sure whether their child's anger is normal or in need of a doctor visit, Kessler says repeated episodes are red flags. "It's tough for a parent because you only have one kid or two kids to compare with, and it's hard for you to know what normal is," Kessler said.

"It's the kind of thing if you start seeing it over and over again, it's not getting smaller as the kid gets older, [then] it's something that you need to address."

As such, he suggests a combination of genetic and environmental factors may underlie intermittent explosive disorder.

"Whether it's biology that makes the boy punch someone in the nose and the girl scream, or it's society, somehow I think the same biological determinants are getting morphed," Kessler said, referring to anger and panic attacks.

His other research has shown that IED persists into adulthood. With a "not trivial" percentage of adolescents experiencing the disorder, Kessler and his colleagues say more research is needed to figure out what's behind IED and to develop screening and treatment strategies.

"The bottom line is I'm just amazed at how big of a problem this is and it's not on people's radar screens," Kessler said.