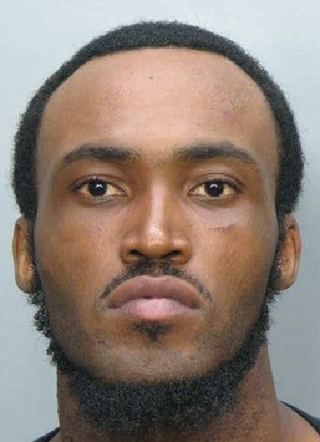 Toxicology tests are complete on the body of Rudy Eugene, the infamous Miami face-eater, and only one drug showed up in his bloodstream — marijuana — with no trace of MDPV, the active ingredient in bath salts.

Pot has been known to cause the munchies, but could it really have triggered Eugene's frenzied, near-fatal biting attack on the face of fellow homeless man Ronald Poppo? At the time of the May 26 attack, doctors said Eugene exhibited "paranoid delirium," a hyperexcited state induced when a drug overdose increases the body's concentration of adrenalinelike hormones, essentially sending survival instincts into overdrive. Overdoses of cocaine, amphetamines, bath salts and LSD have all been known to trigger paranoid delirium. But pot?

"Some people have said, 'Well, it must have been the marijuana that triggered Eugene's behavior.' That, in my opinion, is outrageous, and out of the question. Marijuana will not cause this type of behavior," said Dr. Bruce Goldberger, professor and director of toxicology at the University of Florida.

Goldberger said that although a significant amount of research has found a link between marijuana use and the onset of schizophrenia or psychosis in at-risk individuals, this isn't what happened to Eugene. "This behavior exhibited by Eugene is well beyond the scope of someone suffering from acute psychosis," he told Life's Little Mysteries. [Could Cannibalism Solve a Future Food Shortage?]

Instead, it was probably bath salts.

Miami-Dade Medical Examiner Bruce Hyma, who led the toxicology tests, was able to rule out the presence in Eugene's blood of at least six chemicals commonly found in bath salts, according to news reports.

However, Patrick Kyle, director of clinical chemistry and toxicology at the University of Mississippi Medical Center, said Eugene might have taken synthetic, bath salt-type drugs that simply are not yet known or tested for in toxicology labs. With new chemical variants cropping up in the illicit drug market all the time, laboratory standards "cannot keep up," Kyle told Life's Little Mysteries. "I don't believe the laboratory could confidently screen against all bath salt-type drugs."

There are hundreds of synthetic amphetamines (the technical term for the drugs found in bath salts) currently on the streets, Goldberger said, adding, "We may never know what triggered this."

But the bottom line is, pot couldn't have triggered the attack. "Some media is reporting that pot isn't ruled out [as the cause of the attack]," Goldberger said. "I don't buy that. That's like talking about, 'If you take LSD, it stays in your body for a lifetime.' It's one of these misleading things you hear about drugs."