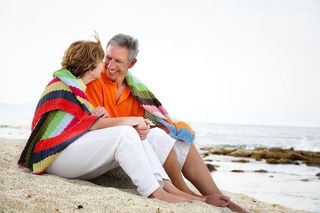 Sexual relationships remain important as people age, but living in an elderly care home may restrict older people’s sexual fulfillment, according to a new study from Australia.

The researchers found that although older people are often able to maintain sexual relationships while living in their own homes,moving into a care facility can restrict these relationships because of a lack of privacy, fear about safety, and the lack of appropriate medical attention given to sexual health issues.

"At present, rather than engaging with the delicate balancing act between resident autonomy and duty of care, [residential care homes] are choosing to ignore the issues and tread on the side of caution," the researchers wrote in the paper.

In the United States, there are a wide range of care facilities, and “for some, it would be very difficult for the elderly to engage in sexual activity, though for others, it may be part of the care plan,” said Dr. Jill Rabin, chief of ambulatory care, obstetrics and gynecology at Long Island Jewish Medical Center in New York.

Often, engaging in sex can be complicated for the elderly because of declining cognitive function, such as dementia. But the researchers suggested that the way the elderly perform on tests of cognitive function cannot necessarily predict how they may perform when they are with a certain partner, and the staff members at such facilities are not adequately trained to understand and address such discrepancies.

Rabin agreed with the researchers that “sexual health is key to overall health, and sexual expression is a right,” regardless of age.

The researchers noted that there may be emotional distress associated with relationships, such as a relationship ending, but this need not prevent people from partaking in them.

There are "always risks and benefits associated with intimacy,” Rabin said.

Seeking to "protect" people suffering from dementia may actually inhibit their freedom of expression, and their overall health, the researchers concluded.

The researchers, and Rabin, both emphasized that protecting anyone — and particularly those in delicate mental conditions — from the harms of abusive, harmful or illegal sex is a top priority, but should not come at the expense of sexual freedom, a basic human right.

Pass it on: As people move into elder care facilities, their sexual freedom should not be compromised.