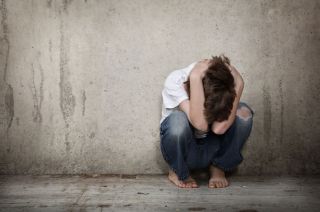 Parents and teachers who try to make their kids behave by subjecting them to humiliating punishments are taking the wrong approach to discipline, experts say.

Just this month, a Florida teacher was suspended for making tardy students wear a wide-brimmed dog collar dubbed the "cone of shame." And parents in Minnesota who were disappointed with their daughter's grades were arrested after they shaved the 12-year old girl's head and forced her to wear a diaper and run around outside.

While these cases are certainly extreme, experts say that any punishment that shames or embarrasses a child is not an effective way to discipline youngsters, and may cause long-term psychological damage.

"The research is pretty clear that it's never appropriate to shame a child, or to make a child feel degraded or diminished," said Andy Grogan-Kaylor, an associate professor of social work at the University of Michigan. Such punishments can lead to "all kinds of problems in the future," Grogan-Kaylor said, including increased anxiety, depression and aggression.

Malicious punishments can also damage a parent's relationship with their child, and lead to a cycle of bad behavior, experts say.

Instead, parents should use other discipline strategies, such as setting clear rules for kids and taking away privileges. Overall, parents should aim to create a supporting environment for their child.

"Positive things have a much more powerful effect on shaping behavior than any punishment," Grogan-Kaylor said.

Out-of-the norm punishments can have social repercussions for children, said Jennifer Lansford, a research professor at Duke Univesity's Center for Child and Family Policy. An odd punishment can make a child stand out, and provoke bullying, Lansford said.

In addition, children evaluate their own experiences in the context of what they see their peers experiencing, Lansford said. If children are disciplined in ways that are not condoned by society, "it can lead children to perceive they are personally rejected by their parents," Lansford said.

Humiliating punishments can also disconnect parents from their children, making kids less likely to want to behave and do what their parents say, said Katharine Kersey, a professor of early childhood education at Old Dominion University in Norfolk, Va., and author of the upcoming book "101 Principles for Positive Guidance with Young Children" (Allyn & Bacon, August 2012).

"Each time we [embarrass children with a punishment] we pay a price, and we drive them away from us, and we lose our ability to be a role model for them," Kersey said.

Children who are punished in these ways usually still commit the behavior, but do it behind their parents' backs, Kersey said.

To properly discipline a child, experts recommend the following:

Pass it on:  Humiliating punishments don't work to discipline children, and may have long-term consequences.