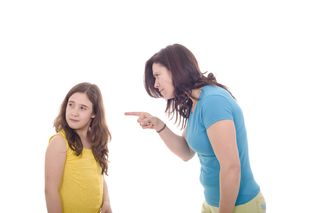 Spanking or slapping your child has long-term, harmful effects on their development, according to a new review of 20 years of research.

Over the past two decades, research has increasingly found links between such "everyday" types of physical punishment and higher levels of child aggression, according to the review. In fact, no studies have found this type of child discipline to predict a positive long-term effect.

"I think it's important for parents to understand that although physical punishment might get a child to do something in the immediate situation, there are many side effects that can develop over the long term," said co-author Joan Durrant, a child clinical psychologist at Family Social Sciences at the University of Manitoba in Canada.

"For example, the more often a child sees a parent respond to conflict or frustration with slapping or spanking, the more likely that child will do the same when confronting their own conflicts," Durrant said.

The review is published today (Feb. 6) in the Canadian Medical Association Journal.

Some parents still use spanking for discipline

One recent poll found that 22 percent of parents reported being "very likely" to spank their children, but most said they disciplined their kids in other ways, by taking away privileges or putting them in "time out."

In one U.S. study, researchers looked at 2,400 mothers who spanked their 3-year-olds twice the previous month, and found that children had an increased risk for higher levels of aggression when they were 5 years old.

"In the U.S., physical punishment is such an entrenched part of the culture that virtually no one has experienced growing up without it," Durrant said. "This situation makes it difficult for parents to visualize raising a child without it."

Durrant also pointed out that a major factor could be that some parents have little knowledge or understanding of why children behave like they do.

"They are more likely to believe that their child is being defiant or intentionally bad, but in most cases, children are simply doing what is normal for their development," she said.

Based on years of research, however, more and more doctors are encouraging parents to discipline their children with positive, nonviolent approaches.

"Parents should start out really young — as early as 12 months old," said Kimberly Sirl, a clinical psychologist at St. Louis Children's Hospital, who was not involved with the research.

"Kids have to learn how to cope with frustration, how to share and how to be patient," Sirl said. "Parents teach them how to do that."

For example, Sirl said that toddlers say no to everything, so the best thing to do when they're acting out is either ignore them briefly (for roughly 10 seconds) or redirect their negative behavior.

"If you want to encourage good behavior, provide them with reward or praise," she said.

Instead of saying, "do this [be]cause I told you so," Sirl said, it's best to explain to kids why there are rules.

"We should let them know that grownups have to follow rules too," she said. "Essentially, time out for grownups is called jail."

Pass it on: Physically disciplining children is linked with higher levels of child aggression.