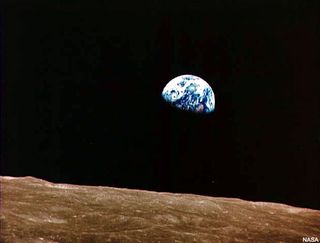 Earth usually has more than one moon at any given time, according to the results of a new computer simulation.

The huge, bright and iconic moon so beloved by poets and romantics is joined by a rotating cast of captured asteroids that often measure just a few feet across. These mini-moons typically orbit Earth for less than a year before zipping back off into space, researchers said.

The scientists used a French supercomputer to simulate the movements of 10 million near-Earth asteroids as they passed by our planet. They then tracked the trajectories of the 18,000 space rocks that Earth's gravity captured in the simulation.

The team concluded that at least one asteroid with a diameter of 3 feet (1 meter) or more is orbiting our planet at any one time. There may be many smaller objects circling Earth, too, but the study didn't address them; it was tough enough to model the motions of the bigger space rocks. [Photos: Our Changing Moon]

"This was one of the largest and longest computations I’ve ever done," study co-author Jeremie Vaubaillon of the Paris Observatory said in a statement. "If you were to try to do this on your home computer, it would take about six years."

Eventually, minimoons break free of Earth's gravity and resume their paths around the sun. This happens at about nine months for the typical minimoon, but some of them may orbit Earth for decades, researchers said.Most asteroids snagged by Earth's gravity don't zoom around our planet in neat circles, according to the simulation. Instead, they follow complicated, twisting paths, tugged this way and that by the gravitational pulls of Earth, the moon and the sun.

Observations have shown that Earth does indeed harbor minimoons. In 2006, for example, the University of Arizona’s Catalina Sky Survey discovered one about the size of a car. Known as 2006 RH120, the asteroid orbited Earth for less than a year after its discovery.

A better understanding of the number and nature of Earth's minimoons could have practical benefits, researchers said.

"Minimoons are scientifically extremely interesting," said co-author Robert Jedicke of the University of Hawaii at Manoa. "A minimoon could someday be brought back to Earth, giving us a low-cost way to examine a sample of material that has not changed much since the beginning of our solar system over 4.6 billion years ago."

Our "main" moon, which measures 2,159 miles (3,474 kilometers) across, has been orbiting Earth for more than 4 billion years. Most scientists think it formed from the debris that was blasted into space when a Mars-size body slammed into Earth in the solar system's early days.

The team’s research is detailed in the March issue of the journal Icarus.