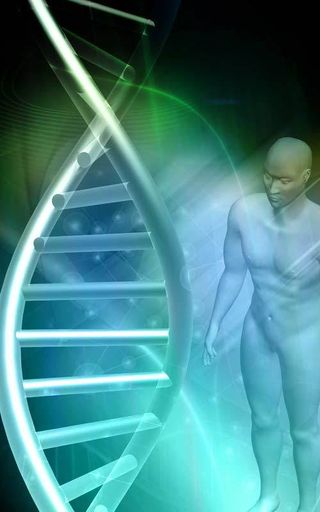 A new analysis of 185 human genomes indicates that every one of us has about 100 "broken genes." Some of these lost genes cause harmful effects, many seem innocuous, and some even seem to have some benefit.

Figuring out what's normal in the genome can help researchers better understand disease (and the mutations that can cause it).

"Currently, there are thousands of disease patients who are having their genomes sequenced as part of studies all around the world," study researcher Daniel MacArthur, of the Wellcome Trust Sanger Institute in the United Kingdom, told LiveScience. "Our study will make genome sequences easier to interpret — for instance, researchers will be able to see whether the DNA changes they find in their patients are in genes that have been shown to be nonessential in our study, meaning they're less likely to be disease-causing."

The researchers looked specifically at human's 20,000 protein-coding genes, which are genes that direct the production of proteins, the molecules that do most of the work in our cells. Protein-coding genes make up only about 1.5 percent of the human genome, the rest are regulatory elements and other unused DNA sequences.

They analyzed 185 human genomes, searching for broken genes, defined as genes unable to make working proteins because of a mutation (changes to their DNA sequence). The group contained a variety of ethnicities: participants hailed from Nigeria, the United States (Utah), China and Japan. The researchers used multiple tests to make sure that the disrupted genes were actually broken, not just artifacts of sequencing.

"The inactive versions of these genes are associated with many different traits," MacArthur said. The majority of these mutations seem to be in nonessential genes, he said. "In cases where the inactivation is common in the population, those tend to be fairly benign traits, like blood type, or people's ability to smell specific substances."

Some of these genes seem to be on their way out of the door: In one such gene, 42 percent of the participants had at least one broken copy of it.

Twenty-six of the broken genes identified were previously implicated in causing severe diseases (like cystic fibrosis); 21 look like they might play such a disease-causing role (because they come are linked to critical proteins in the body), but they haven't been linked to illness before.

"We also found several cases of very rare inactivating mutations that are known to be involved in very severe diseases like muscular dystrophy," MacArthur said. "In all cases these rare mutations were only found in one copy of a person's genes, whereas they would need to be present in two copies to cause the disease — so these people are unaffected 'carriers' of these disease mutations."

About 20 of the mutated genes in any given person were doubly broken, meaning both copies (one from your mother and one from your father) had lost their function. In the set as a whole, 253 doubly broken genes — about 1 percent — seem to have no effect on the person's health. By analyzing the characteristics of these genes, and identifying them as benign, they can be helpful when analyzing other genome scans, to rule them out as potential causes of disease.

The study will be published in tomorrow's (Feb. 17) issue of the journal Science.