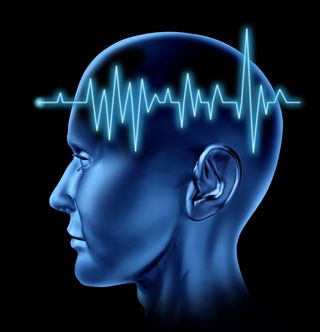 One type of memory can be improved by sending electrical pulses into the brain, a new study suggests.

In the study, patients with epilepsy who were treated with deep brain stimulation showed enhanced spatial memory, the type of memory you need to find your car in a parking lot.

The study was small — just seven patients — and it's unclear whether the findings would apply to people without epilepsy, or if the technique could improve other types of memory, such as the ability to remember events in your life.

Still, these early findings suggest deep brain stimulation may improve memory in people with memory impairments, such as those with Alzheimer's disease, the researchers said. More research is needed to see if this is indeed the case.

The study will be published Feb. 9 in the New England Journal of Medicine.

Deep brain stimulation has previously been shown to help with symptoms of Parkinson's disease and obsessive compulsive disorder.

Patients in the new study had previously had electrodes implanted in their brains, to locate the origins of their seizures.

The patients played a video game in which they drove a taxi though a virtual city and had to pick up and drop off passengers at specific locations. Meanwhile, the researchers stimulated either the hippocampus, which plays a role in forming memories, or the entorhinal cortex, a sort of "doorway" into the hippocampus, through which brain signals must pass before memories are formed.

The researchers stimulated the brain as the participants learned how to get to some, but not all, of the drop-off locations.

It turned out, participants better remembered the routes to the drop-off locations when deep brain stimulation had been used. They got there faster, and chose a shorter route to those locations on subsequent trips.

However, only stimulation at the entorhinal cortex, not the hippocampus, had an effect on spatial memory, Fried said.

"It is possible that with stimulation, we are 'helping' the hippocampus form memories more strongly by manipulating the information that enters the hippocampus," said study researcher Nanthia Suthana, a postdoctoral researcher at UCLA.

The findings are "highly intriguing," and are in line with the results of some previous animal studies, said Dr. Benjamin Greenberg, a psychiatrist at Brown University and at Butler Hospital in Providence, R.I., who has researched deep brain stimulation but was not involved in the new study.

A 2010 study of continuous deep brain stimulation on six Alzheimer's patients for one year found the therapy improved the use of sugar by the brain, but did not significantly improve memory. The therapy appeared safe, and the researchers said the idea warrants further testing.

Pass it on:  Deep brain stimulation appears to enhance memory in epilepsy patients.