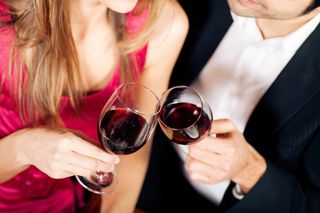 Lovers of red wine rejoiced when it was found to contain resveratrol — a compound purported to increase health and maybe even lengthen life. But studies have suggested that to see benefits, you would need to consume large amounts of the compound — more than is found in a bottle of wine.

Now a new study suggests we could get the equivalent of large resveratrol doses from pills we already have— a class of drugs that are being tested for use as treatments for Alzheimer's and Parkinson's disease.

The findings suggest these drugs, known as known as phosphodiesterase type 4 (PDE4) inhibitors, may provide a practical way to reap red wine's benefits than consuming buckets of the stuff (which would certainly carry health risks).

"[The study] reveals a novel utility for this class of drugs that hasn’t been explored before," said study researcher Dr. Jay H. Chung, chief of the Laboratory of Obesity and Aging Research at the National Heart, Lung, and Blood Institute.

However, the study was conducted in mice, and the results will need to be replicated in people.

Why red wine is healthy

In the study, scientists aimed to figure out exactly how resveratrol, a compound in red wine, acts inside cells. They discovered resveratrol works in a different manner than previously thought.

They found the drug produced all the health benefits of resveratrol, including preventing diet-induced obesity and improving control over blood sugar levels.

In studies on people, resveratrol has been shown to have anti-diabetes effects. But people would need to consume about 1,000 bottles of red wine a day in order to take in enough resveratrol to see true health benefits, Chung said.

PDE4 inhibitors could provide a realistic way for people to get the same benefits, the researchers said. In addition, PDE4 inhibitors may be less toxic than resveratrol itself, because the compound interacts with many proteins inside cells.

"By just targeting the key player [PDE4] you minimize the potential for adverse effects," Chung said.

Chung said he is planning to conduct a follow-up study that examines the effects of rolipram on obese people with insulin resistant.

Another PDE4 inhibitor, called roflumilast, is already approved as a treatment for people with chronic obstructive pulmonary disease (COPD). The side effects of this drug include diarrhea, nausea and dizziness, according to the National Institutes of Health.

"I think this is a huge step forward in the understanding of what resveratrolcan do at the biological level," said Philippe Marambaud, an Alzheimer's researcher at the Feinstein Institute for Medical Research in Manhasset, N.Y., who has researched resveratrol and was not involved in the new study.

By finding out how resveratrol works, the study helps researchers who are investigating whether the compound can have therapeutic effects for other diseases, such as Alzheimer's disease, Marambaud said.

However, future studies will need to replicate the findings to be sure that resveratrol does indeed inhibit PDE4, Marambaud said.

In addition, although the study suggests PDE4 inhibitors can mimic resveratrol,. researchers should continue investigating the effects of resveratrol, as well as those of PDE4 inhibitors. "You don't want to think that one approach will work better than another," Marambaud said.

The new study will be published Feb. 3 in the journal Cell.

Pass it on: A class of drugs called PDE4 inhibitors mimic the effect of resveratrol.