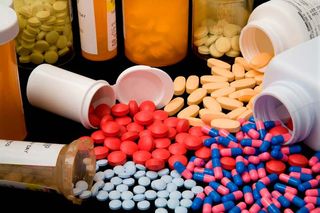 Some "designer drugs" may be in a legal gray area, but their actions on the brain are similar to those of illegal drugs and could be just as dangerous, new research suggests.

"It's important to know what the drugs are doing in the brain so we can learn about long-term adverse effects, but it can also help to develop strategies for remediation of symptoms of overdose," study researcher Michael Baumann, of the National Institute on Drug Abuse, told LiveScience. "It's important that each of these designer drugs is examined carefully, because each one of them has unique pharmacology," and therefore unique effects.

The researchers studied two popular designer drugs, mephedrone and methylone, analogs of cathinone, a drug found in the plant Catha edulis. The drugs entered the drug scene in the 2000s with innocuous names like "bath salts" or "plant food." These drugs originally fell into a legal gray area because they weren't specifically regulated on a federal level, but in October 2011 they were temporarily classified as illegal, schedule one drugs.

Previous studies on these drugs indicate they may work like MDMA (aka "ecstasy") — they increase levels of "feel-good" brain chemicals like dopamine and serotonin, which are released from the brain's reward center when we do something that would help our survival and reproduction, like having sex or eating.

Illegal drugs like methamphetamine and ecstasy release large amounts of these chemicals, several times larger than those naturally released, which create the "high" users feel.

Each drug has specific effects on brain chemistry, though. Drugs like MDMA cause bigger serotonin spikes, while methamphetamine results in a larger dopamine spike. The serotonin spike from MDMA can result in what doctors call "serotonin syndrome," which can be lethal. The dopamine spike, however, is more habit-forming and results in more addictive drugs.

The researchers studied four groups of rats, each given one of four drugs: one of the two designer drugs, MDMA or methamphetamine. The rats were given doses equal to what an average user would take for their weight and body size. The team also analyzed how higher doses (as would happen in an overdose) and repeated doses impacted the rats' behaviors and brain activity. The researchers saw that the rats' brains reacted to the two designer drugs as they did MDMA, with greater increases in serotonin than dopamine.

There were important differences between the drugs. Even weeks after exposure, serotonin levels in the brains of rats given MDMA had made only about a 50-percent recovery back to normal, while the brain chemistry of rats given mephedrone and methylone had returned to normal.

The rats also didn't show the brain chemistry or physical behaviors associated with serotonin syndrome, including the overheating that causes serotonin depletion, but the researchers aren't ruling out other long-term and acute effects though modification to other brain chemicals.

"The two drugs have a similar profile of activity, but the difference is that the methylone is weaker," Baumann said. "You would need more of the drug to have a particular effect."

Rats aren't humans, noted Fabrizio Schifano, a researcher who wasn't involved in the study from the University of Hertfordshire, in the United Kingdom, but he thinks the paper is very interesting. "The paper adds relevant info to the existing literature, in the sense that it is able to better describe the mechanism of action of mephedrone and methylone in comparison with MDMA," Schifano told LiveScience in an email.

He also cautions that though these designer drugs seem to have fewer long-term effects than MDMA, researchers still have a lot of concerns about mephedrone toxicity, and the drugs' potential for addiction.

Baumann also cautions that street drugs aren't regulated, which causes other problems. "When you get them off the Internet, you don't know the purity or the content of these drugs," he said. "In addition to playing Russian roulette with your brain chemistry you don't really know what you are getting."

The study was published today (Dec. 14) in the journal Neuropsychopharmacology.