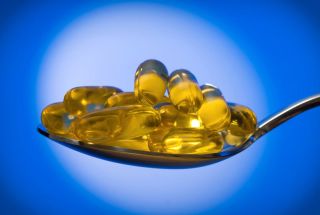 While the jury is still out on the benefits of dietary supplements, research is showing the psychological effect could be harmful, making people feel invincible to risky behaviors.
(Image: © Levent Konuk | Shutterstock)

Imagine a pill that can make you invincible to the dangers of smoking, overeating or other hedonistic pursuits? Some people might think such a pill exists at the local pharmacy in the form of a daily vitamin, two new studies reveal.

Researchers from Taiwan found that smokers instructed to take a daily multivitamin smoked more cigarettes than smokers not taking a multivitamin. These results appear in the December issue of the journal Addiction.

The study is a follow-up to research published in August in the journal Psychological Science by the same investigators, who reported that subjects thinking they were taking a daily vitamin were less likely to exercise and more likely to eat poorly.

The subjects in both studies were in fact taking a placebo, which is ironic, the researchers said, because there's no consensus among health experts that a daily multivitamin is more effective than a sugar pill for promoting good health.

Vitamin I, for invincible

Both studies were led by Wen-Bin Chiou of National Sun Yat-Sen University in Kaohsiung, Taiwan. Chiou said he was inspired to conduct such studies upon seeing a colleague indulging in an unhealthy meal, rationalizing that his actions were justified because he had taken a multivitamin earlier that day.

Chiou's team pursued this psychological angle. In one experiment, participants were given a coupon for a free lunch, with a choice of an unhealthy buffet or a healthy meal of organic foods known to be the same price. Nearly three-fourths of the participants thinking they were taking daily vitamins chose the buffet, compared with about 40 percent in the control group.

Similarly in the smoking study, participants thinking they were taking a daily vitamin smoked nearly twice as much, on average, compared with the control group. Chiou also found that the vitamin group was more likely to engage in risky behavior, too, such as casual sex and drinking parties.

But do they work?

The studies did not examine the usefulness of multivitamins and other supplements. About half of the U.S. population, including 70 percent of adults who are 71 years of age or older, uses dietary supplements, according to a study published in the Journal of Nutrition in February 2011.

Studies on whether such supplements are healthy, however, have produced a mixed bag of results. Several studies have shown that vitamin supplements — in particular, vitamin E and beta-carotene, the precursor to vitamin A — increase cancer risk among smokers.

One problem with daily supplements is the high dose. Certain pills come in doses that are 10 times higher or more than the recommended daily dose. For the non-smoking general population, most health experts say there is no convincing evidence to recommend taking a daily multivitamin yet no reason to stop taking one, assuming the doses are modest.

Some people may need to supplement their diet with certain vitamins and minerals, such as vitamin D. Women of childbearing age might benefit from iron supplements; and some vegetarians and vegans have low levels of iron, zinc and vitamin B12. Yet nearly across the board, doctors recommend that food — fruits, nuts, vegetable and certain meats — are the better source of nutrients. [9 Good Sources of Vitamin D]

There are a few caveats in the recent studies by Taiwanese researchers. The population studied is Taiwanese, and these Asians might have a different perception of the power of a pill compared with the U.S. population.

Also, the studies involved only a few hundred people examined over a very short period. Extrapolating to the broader U.S. population may be shortsighted. One could envision an opposite effect in the United States, with health-conscious consumers more inclined to take a daily vitamin for the perceived long-term health benefit.

It is clear, however, that the rise in the use of dietary supplements in recent years — unlike the dawn of food fortification a century ago to provide basic nutrients to combat rickets and the like — has not mirrored an improvement in U.S. health standards, as evidenced by the high rates of obesity, diabetes, heart disease, osteoporosis and other chronic diseases.