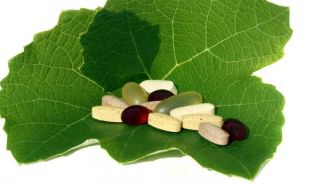 Popping vitamins may do more harm than good, according to a new study that adds to a growing body of evidence suggesting some supplements may have health risks.

Researchers from the University of Minnesota examined data from more than 38,000 women taking part in the Iowa Women's Health Study, an ongoing study with women who were around age 62 at its start in 1986. The researchers collected data on the women's supplement use in 1986, 1997 and 2004.

Women who took supplements had, on average, a 2.4 percent increased risk of dying over the course of the 19-year study, compared with women who didn't take supplements, after the researchers adjusted for factors including the women's age and calorie intake.

"Our study, as well as other similar studies, have provided very little evidence that commonly used dietary supplements would help to prevent chronic diseases," said study author Jaakko Mursu, an epidemiologist at the University of Minnesota School of Public Health.

"We would advise people to reconsider whether they need to use supplements, and put more emphasis on a healthy diet instead," Mursu said.

The new study linked a number of individual vitamins and minerals to the slight mortality risk, including multivitamins, vitamin B6, folic acid, iron, magnesium, zinc and copper.

Mursu said that the design of the study did not allow the researchers to determine if there was a specific cause for the increased mortality.

"However, we do know that most compounds are toxic in high amounts, and long-term use might predispose [a person] to detrimental outcomes," he told MyHealthNewsDaily.

The increased chance of dying" could be related to generally high concentration of compounds that these supplements contain. Most supplements contain higher amounts of nutrients than would be derived from food, and it is known that several compounds can be toxic in higher amounts, especially when consumed for a long time, as some of these accumulate to body," Mursu said.

Taking calcium supplements, on the other hand, actually seemed to lower the women's death risk slightly, by 3.8 percent, although the researchers noted that there was not a relationship between consuming increasingly higher amounts of calcium and a continuing decrease in mortality rate.

While vitamins and minerals are necessary for proper nutrition, excess intake has not shown further benefit, and recent studies have cast some doubt on the idea that vitamin supplements provide a "safety net" for people not getting enough of a given nutrient. Instead, too much may be a problem.

The study, published today (Oct. 10) in the journal Archives of Internal Medicine, is part of a series examining interventions in medicine that may be unnecessary.

"Until recently, the available data regarding the adverse effects of dietary supplements has been limited and grossly underreported. We think the paradigm "the more, the better" is wrong," wrote Dr. Goran Bjelakovic and Dr. Christian Gluud, of the Center for Clinical Intervention Research at Copenhagen University Hospital in Denmark in an accompanying commentary.

"Therefore, we believe that politicians and regulatory authorities should wake up to their responsibility to allow only safe products on the market," they wrote.

Pass it on: A new study shows that for women, a healthy diet might be a better way to stave off diseases than supplements.