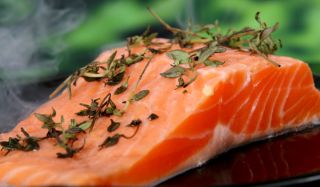 Omega-3 fatty acids, found almost exclusively in fish, have been promoted for years as a way to improve heart health, but recent studies are casting doubt on that idea. Some have shown no benefit to consuming more of the nutrient. The latest such finding came in early September. A study of more than 3,000 people published online in the American Journal of Clinical Nutrition showed no heart benefits of a high consumption of an omega-3 called alpha-linolenic acid (ALA). In fact, "the three trials on omega-3 fatty acids and fatal coronary heart disease published in 2010 were all negative," said Daan Kromhout, a professor of public health research at Wageningen University in the Netherlands. Kromhout, who in a recent issue of the European Heart Journal authored a review of all the evidence to date, noted that these trials seemed to contradict earlier findings. For instance, in 2006, a study in the Journal of the American Medical Association showed a 36 percent reduction in coronary heart disease from omega-3 consumption. Today the American Heart Association and some other organizations still recommend getting your share of omega-3s by eating fish at least twice a week. What is one to make of the conflicting evidence? Different omega 3s from plants, fish "The most likely explanation for these [negative] results is state-of-art treatment with antihypertensive, cholesterol-lowering and [anti-clotting] drugs," Kromhout said. The widespread use of drugs such as statins has reduced many people's risk of coronary heart disease, so in study comparisons, no additional beneficial effect is seen from omega-3 fatty acids, he explained. But such improvements in preventing heart disease may not be the only reason the benefits of omega-3s appear to have gone away. There are three primary reasons for the confusion and conflicting information from trials, said Dr. Joseph Lau, a professor of medicine at Tufts University and the main author for guidelines on omega-3 fatty acids and heart disease from the U.S. government's Agency on Healthcare Research and Quality. The first is a labeling problem. There are two types of omega-3s: the long-chain variety, which comes from fish and produces some evidence of heart benefits, and the short-chain type, which comes from plants and does not have as clear a benefit. [6 Foods That Are Good For Your Brain] "We see a lot of confusion in the marketplace," Lau said. "Food producers, manufacturers, market omega-3 fatty acids as if they're all the same." Products such as margarine or flaxseed oil may be stating accurately that they contain omega-3s, but "without differentiating the short chain, or the plant form, and the long chain found in fish oil, it tends to confuse," Lau said. And that confusion can complicate things when patients are asked to recall their intakes in the surveys used in many studies. Another potential problem comes from people's regular intake of omega-3s from fish. Within fish-eating populations, people may not benefit from having even more omega-3s. "In some Nordic countries, they already eat a lot of fish, and so having higher intake may not be beneficial," Lau said. There is a "certain threshold beyond which you may not get more benefit." Finally, he said, some studies focus on preventing heart attacks in healthy people, while others look at people who already have had heart problems. It is easier, Lau said, to demonstrate an effect in people who have had a heart attack, and are therefore much more likely to have another, than in a population where such events are much less frequent. "In the general population, in order to demonstrate this benefit, you're going to need a large study, tens of thousands of patients," Lau said. So which fish are best to eat? While fish consumption is encouraged in moderation, Lau noted that fish from tropical climates have fewer omega-3s. Also, he said, while moderate omega-3 consumption does not have negative side effects, the mercury also found in fish remains a concern. It could even explain the lost benefits of omega-3s in some studies, because mercury has an adverse effect on the heart. "Try to eat fish that are known to have low mercury levels, such as salmon, [which] has a relatively high omega-3 fatty acid level," Lau said. One other difference in heart benefits may have to do with your source of omega-3. Getting it from a supplement may not provide all the benefits of getting it from fish. "It cannot be ruled out that the protective effect of fish is due to the combined effect of omega-3 fatty acids and other nutrients present in fish, [such as] Vitamin D, iodine and selenium," Kromhout said. But he emphasized the importance of eating a generally good diet rather than relying on supplements. "You should realize that omega-3 fatty acids are important for heart disease prevention, but a nutritionally adequate diet — as exemplified in the dietary guidelines for the Americans — is the best advice not only for heart disease, but also for health in general," Kromhout said. Pass it on: Omega-3 fatty acids may hold heart benefits, despite the doubt cast on them by recent findings. Eating fish low in mercury may be the best way to get the heart benefits.