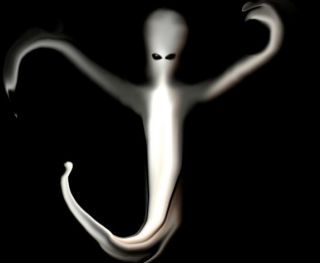 According to film producer Raul Julia-Levy, extraterrestrials contacted the Mayan civilization in Mexico thousands of years ago — and he claims he'll prove it in an upcoming film, "Revelations of the Mayans 2012 and Beyond."

Unproven claims of ancient astronauts in the Americas have been made for decades, most prominently by Erich von Daniken, author of the best-selling classic work of pseudoscience "Chariots of the Gods?: Unsolved Mysteries of the Past" (Putnam, 1968). Von Daniken wrote that ancient Egyptians had neither the intelligence nor the tools to create the massive pyramids at Giza, and thus they were made by aliens.

Some claim the giant drawings in the Nazca desert of Peru were created by spaceships. In fact, the Nazca Lines were created by the Nazca Indians, probably as part of a ceremonial ritual. [Are We Alone in the Universe? New Analysis Says Maybe]

So the claims in this documentary by Julia-Levy (son of late actor Raul Julia) are nothing new — but the evidence for those claims is said to be.

What is this earth-shaking new evidence? The filmmakers are being coy about what exactly they have (they want you to go see the movie), but a statement issued by Luis Augusto García Rosado, the minister of tourism for the Mexican state of Campeche, issued a statement that contact between the Mayans and extraterrestrials is "supported by translations of certain codices." (The fact that this stunning revelation was announced by a tourism official — and not, say, a professional archaeologist or anthropologist from the Smithsonian Institution — raises suspicion that it may not be based in solid scientific research.)

García Rosado also referred to "landing pads in the jungle" that date back three millennia. It's not clear why aliens would need a designated landing pad for their spaceships, since many eye-witness reports of (supposed) extraterrestrial craft suggest that they can land on just about any terrain (though maybe alien landing gear technology has improved over the past 3,000 years). Julia-Levy and others involved in the film were unavailable for comment.

Ken Feder, author of "Frauds, Myths, and Mysteries: Science and Pseudoscience in Archaeology" (McGraw-Hill, 2010) and the "Encyclopedia of Dubious Archaeology" (Greenwood, 2011), told Life's Little Mysteries that he's heard these claims before and considers them insulting to both the ancient Maya and modern audiences.

"The ancient Maya were perfectly capable of developing sophisticated architecture, a calendar, mathematics, a written language and an elaborate agricultural system without the intervention of extraterrestrials," said Feder, who is also an archaeology professor at Central Connecticut State University. "Claims that the Maya were visited by, inspired by, or mentored by ancient E.T.s is little more than a tired and trite fantasy, wholly and utterly devoid of any confirming evidence."

Julia-Levy insists that the film is a documentary, not science fiction, and dismisses the suggestion that the film is a transparent opportunistic ploy to capitalize on interest in the Mayan calendar's apocalyptic view of the year 2012. He said he believes nothing less than the survival of mankind may depend on people watching his film (or at least hearing its messages) "for the good of mankind."

History is full of promised earth-shaking revelations that didn't pan out, including the discovery of Noah's ark (claimed to have been found in 1973, 1993, 2006, 2010, etc.); the discovery of a Bigfoot body (in 2008); and discovery of proof that the 1947 Roswell crash was real (found in April 2011). Each of these claims came and went, and it seems likely that this latest proof of Mayan/extraterrestrial contact will be added to the list.