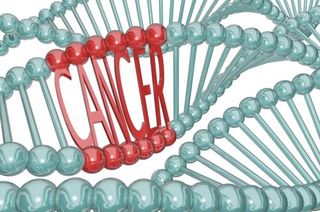 Most of the survey participants displaying a general lack of awareness about the potential correlation between an unhealthy diet, lack of exercise and obesity and the development of cancer.
(Image: © Iqoncept | Dreamstime)

Misconceptions about what causes cancer and how it spreads still hold sway, a new British study shows. Researchers also found a widespread lack of awareness about the roles that poor diet, lack of exercise and obesity play in the development of the disease.

"It is clear that there is a continual need for education into the causes of cancer," study researcher Paul Symonds, of the University of Leicester's department for cancer studies and molecular medicine, said in a statement.

The findings showed that both groups overemphasize pollution, stress and injury as causes of cancer, while displaying a general lack of awareness about the potential correlation between an unhealthy diet, lack of exercise and obesity and the development of cancer.

"We clearly have more work to do in educating the public on the effect of diet and obesity," Symonds said.

Reflecting the public's common misconceptions about cancer, almost one-quarter of the participants asserted that they believed cancer was caused by injury. And 20 percent of people in both groups wrongly believed that cancer treatments — surgery in particular — could cause cancer to spread.

Almost 30 percent of the participants believed that alternative treatments, which include acupuncture and herbal supplements, could be as effective as surgery, radiotherapy or chemotherapy. This cancer myth was held by almost twice as many of the South Asian patients as Caucasian patients, the study said.

"Myths such as the belief that surgery causes cancer to spread and that alternative treatment is as effective as conventional treatments should be challenged," study researcher Karen Lord said in a statement. "It is vital that those diagnosed with cancer have accurate information about treatment options so that they can make informed decisions about their care."

On a positive note, the study showed that 93 percent of the participants understood the advantages of early cancer screenings. The vast majority of the patients also believed that cancer is curable, with only 10.6 percent of the South Asian group and 2.7 percent of the Caucasian group reporting they think it's incurable.

"The good news is that the majority of the sample believed that cancer was curable and screening effective, while 84 percent appreciated that smoking could cause cancer," Symonds said.

The study, funded by the Leicestershire-based charity Hope Against Cancer, was recently published in the journal Clinical Oncology.

Pass it on: Although misconceptions about what causes cancer and how it can be treated are common, a majority of British cancer patients believe that cancer can be cured and recognize the importance of early cancer screenings.