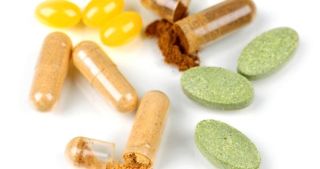 The aisles of a pharmacy are full of supplements and herbs claiming to lower blood pressure, but which ones really work? A pair of cardiologists combed the scientific literature for studies on effective ways to treat blood pressure and concluded, in a new paper, that there are good data that some of the nondrug remedies work, but there is scant evidence for others.

"There are certain patients who are very reluctant to start taking medication," said Dr. Kevin Woolf, a cardiologist at the University of Rochester Medical Center and one author of the new paper. "Many of them will ultimately need medication, but some of them, you may be able to control their hypertension with lifestyle modifications instead."

Among the top recommendations from physicians for patients trying to control high blood pressure, or hypertension, without drugs: exercise, a change in diet, and limiting alcohol intake. But over-the-counter supplements can also have their place in a treatment plan, the researchers said.

The analysis is published in the September issue of the Journal of Clinical Hypertension.

Lifestyle changes can make a difference

"By far, the most studied and the most efficacious is the low-sodium DASH diet," Woolf said. The DASH (Dietary Approaches to Stop Hypertension) plan includes lowering sodium intake and eating whole grains, fruits, vegetables and low-fat dairy products.

The researchers looked at studies of nine dietary supplements, including garlic, calcium, vitamin D, fish oil and soy protein. The evidence was strongest, Woolf said, for the effectiveness of potassium and coenzyme Q10 supplements on lowering blood pressure.

Both need to be studied more, he said, but the data so far indicate that both work better than a placebo at reducing blood pressure. The other dietary supplements may do little to treat hypertension, but there's no harm in trying them, the researchers said.

"But the same can't be said for herbal supplements," Woolf said. "We really need to be careful with these because not only is there minimal evidence that they work to treat hypertension, but their safety hasn't been well-studied."

Among the herbal supplements the researchers looked at were hawthorne, mistletoe and forskolin, an Indian plant. None were shown to lower blood pressure, and they may even be harmful, the study said. Mistletoe, for example, is toxic at high concentrations.

And other pills found in your medicine cabinet, Woolf pointed out, can even worsen hypertension. St. Johns Wort, ephedra and licorice — all available over-the-counter — have been shown to increase blood pressure.

The team also looked at devices claiming to improve blood pressure. The Rheos device and Symplicity catheter are designed to stimulate nerves to lower blood pressure, and involve surgery to implant in the body. The RESPeRATE is designed to help patients slow their breathing using headphones and a respiration sensor, and the Zona Plus is a set of hand grips that a patient can squeeze.

The studies of all these devices, Woolf said, are ongoing. The Rheos and Symplicity are in clinical trials. The latter two devices can't hurt, but the mechanism they might help blood pressure by isn't understood.

"The take-home from all this," Woolf said, "is that there are some alternatives to standard drugs out there. But they definitely need to be used under the supervision of a physician.

The doctor's advice is always best

"Most of these lifestyle modifications are reasonably safe and can play a key role in the first step toward blood pressure control," said Dr. Ralph Sacco, former president of the American Heart Association and chair of neurology at Jackson Memorial Miller School of Medicine University of Miami. "But if you're trying to control blood pressure entirely without drugs, you probably have to combine multiple lifestyle modifications."

A patient, for example, could change their diet, increase their exercise and take potassium supplements all at once, Sacco said. But for the most severe cases of high blood pressure, only prescribed medication can get the numbers back down to a safe range.

But it's important, even for patients taking hypertension drugs, to be aware of these other ways to improve their health, Sacco said. "One can develop a complacency when you just take a pill every day," he said. "And start to think that you can eat whatever you want and not exercise."

The benefits of a healthy diet and exercise can make a difference even when someone is also on medication, he said.

Pass it on: Exercise, diet changes, and some supplements can lower blood pressure, but you should check with your physician first to see what might work best for you.