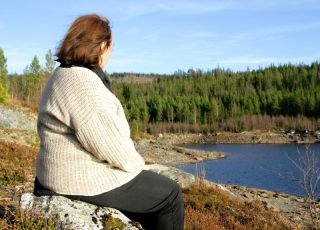 A recent list of "best diets" ignores the need for people to find what works for them and fails to distinguish between fad diets and healthy eating habits that can be maintained for life, experts say.

"Diets don't work, to be honest," said Heather Mangieri, a nutrition consultant and spokesperson for the American Dietetic Association. "Weight loss  should really be the result of a lifestyle change," she said.

The recent ranking was published online by the magazine U.S. News & World Report. The headline, "Best Diets Overall," could be construed to mean any diet on the list, which includes Atkins and other popular fad diets, is one of the 20 best diets overall, or that dieting in general is a smart tactic — impressions that nutritionists say are misleading.

"You can diet until you're blue in the face, but if you are not physically active or you don't develop lasting habits, like eating breakfast, or planning your meals better, it can't last," said Katherine Tallmadge, a registered dietitian and author of "Diet Simple" (LifeLine Press, 2011).

"Even considering an Atkins diet or raw food diet is wrought with peril and doomed to fail in the long term," Tallmadge said. [Related: 4 Fad Diets That Don't Really Work].

The list's top spot is held by the Dietary Approaches to Stop Hypertension (DASH) diet, which is designed to help lower blood pressure.

But the DASH diet is more of a guide to healthy eating than the more familiar names, such as the Atkins diet and the Zone diet, which also appear on the list.

While the list gives less clout to these regimes, it does not make clear that they are quick-fix diets that won't keep the weight off for life, Tallmadge said.

"Its outrageous to even put that in the same article as something like the Mediterranean and DASH diet, which are really ways of eating and living permanently," Tallmadge told MyHealthNewsDaily.

People think of a diet as something they "go on" for a certain period of time. But a healthy diet should be continued throughout your life, and should incorporate meal planning, exercise and being aware of what you eat, Tallmadge said.

The U.S. News diet list does not address these issues, she said. Nor does it make clear that even a healthy diet, such as the DASH diet, must be adopted for life.

Andrea Giancoli, a spokesperson for the American Dietetic Association who was involved with creating the diet list, said she mainly scored diets based on their quality of food, giving high scores to the ones that incorporated important food groups. Giancoli agreed that the goal of a diet is not weight loss, but about adopting a lifestyle change.

Giancoli did not have a role in compiling the ranking or writing the finished piece. But, she said, she thought it did a good job in categorizing the diets into groups depending on whether they helped dieters lose weight or were effective at preventing diabetes and heart disease.

In the future, she said, she would like to see more emphasis on particular foods in diets, and highlight the diets that provide a variety of fruits, vegetables and whole grains.

When contacted about these criticisms, U.S. News & World Report said they published the rankings because "we feel it's important for consumers to know how different diets compare," Ben Harder, general manager at U.S. News Health told MyHealthNewsDaily in an email. "We think American consumers who look at our rankings of 20 diets are smart enough to know that a #20 diet may not be the best diet for them."

For a diet to work, it must make room for your favorite foods, and be tailored for an individual, Mangieri said.

"Deprivation really sets us up for failure," she said. The DASH diet is good in this regard because it doesn't require completely giving up any particular food.

Tallmadge noted that if people simply ate more fruits and vegetables and walked more, they would lose weight and lower their risk of diabetes and other chronic diseases.

However, advice like that doesn't exactly sell magazines, Tallmadge said.

"When you tell people to eat more fruits and vegetables, they roll their eyes," she said.

Pass it on: Roll your eyes if you want to, but the "Best Diet" is lifelong healthy eating.