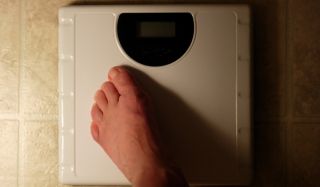 We've all heard the promises: 10 or more pounds of weight loss in just a week or two, simply by going on the latest and greatest diet.

But healthy weight loss doesn't come via a miracle diet it comes with healthy eating, regular exercise and making small lifestyle changes that can be adopted for the long term, health experts said.

Here are four diets that may seem to work, but don't hold their heft for lasting weight loss :

"The Dukan Diet" book was released today (April 19) in the United States, and is already a fad-diet phenomenon in France. The diet was devised by French doctor and nutritionist Pierre Dukan and includes four phases.

The bulk of the American diet is carbohydrates, said David Levitsky, professor of psychology and nutritional sciences at Cornell University in New York. Because they make up so much of the typical meal, it's easy to cut out carbs and reduce calorie intake.

Why the effects won't last: By cutting out carbs, a person is really losing water weight, not fat, Levitsky said. Reducing carbohydrates decreases sodium, which leads to an increase in water loss. Water loss is most evident in the face, which can make weight loss appear greater than it actually is, he said.

With each 17-day stage, dieters must vary their intake of carbohydrates, fruits, vegetables and protein. Dieters are also encouraged to substitute healthy ingredients for unhealthy ones, such as mustard for mayonnaise, and can't eat certain fruits and carbohydrates after 2 p.m. Dieters must also walk for 17 minutes a day.

Like the Dukan Diet, this diet involves cutting back on carbohydrates, thereby reducing the amount a person eats in a typical meal.

Why the effects won't last: Nutrition experts say the healthy ingredient swaps are examples of small diet changes that can pay off for long-term weight loss. But other aspects such as the 17-day cycles and the rule about no fruit or carbohydrates after 2 p.m. serve no purpose for weight loss and are just "gimmicks," Levitsky said.

The Atkins Diet, devised by Dr. Robert Atkins in the 1970s, is one of the most popular low-carb, high-protein fad diets on the market, and claims to help people lose up to 15 pounds in the first two weeks of the diet.

Atkins works by limiting dieters' carbohydrate intake and upping fiber intake, so that the body burns fat instead of carbohydrates. It includes four phases; the first phase has dieters limit carbohydrate intake but encourages liberal consumption of protein-rich meat and fish, eggs, cheese, salad vegetables, butter and oil. With each phase, dieters add in more carbohydrates until they find the balance where they are no longer gaining weight from their diet.

Why the effects won't last: Like other low-carb diets, water loss accounts for much of the weight loss at the beginning of the diet.

Healthy weight loss takes time and should not be drastic, said Stella Volpe, a registered dietitian and professor and chairwoman of the Department of Nutrition Sciences at Drexel University in Philadelphia.

"People need to come to terms with that if they're going to do it right, it will take time," Volpe told MyHealthNewsDaily. "So they might be frustrated, but really one to two pounds a week will mean that they're losing more fat, less muscle and less water."

The HCG diet involves a combination of calorie restriction consuming anywhere from 500 to 800 calories a day, which is about a quarter to a half of the recommended daily calorie intake and supplementation with human chorionic gonadotropin (HCG), a hormone that is produced during pregnancy. HCG can be injected into the body or taken via a pill supplement.

HCG is not approved by the Food and Drug Administration for weight loss purposes, but is approved to treat fertility problems, according to the Mayo Clinic.

Why the effects won't last: Weight loss comes when a person minimizes the amount of calories he or she eats and that's likely why people lose weight on this diet, the Mayo Clinic said. However, it's hard to maintain that low of a calorie intake over the long term, not to mention it's hard to get the necessary nutrition from that small amount of food to maintain a healthy lifestyle.

The HCG hormone itself isn't likely to have any effect on weight loss, research shows. Authors of a 1995 study, published in the British Journal of Clinical Pharmacology, reviewed the results of 24 studies on HCG and weight loss and found that HCG did not help to combat obesity, did not curb appetite or promote feelings of well-being and did not spur weight loss or fat distribution.