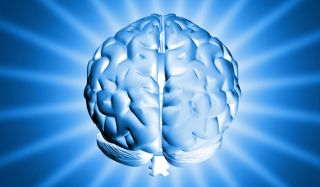 Depression may boost women's risk of stroke, according to a new study.

Among study participants, those who'd had depression were 29 percent more likely to suffer a stroke over a six-year period. And women who took an anti-depressant medication — especially a selective serotonin reuptake inhibitor (SSRI) — had a 39 percent increased risk of stroke, the study said. Examples of these drugs include Prozac, Zoloft and Celexa. The researchers said they do not think anti-depressants cause the increased stroke risk; rather, the connection exists because those who take these medications may have more severe depression, said study researcher Dr. Kathryn Rexrode, an associate physician at Brigham and Women's Hospital in Boston. "This study does not suggest that people should stop their medications to reduce the risk of stroke," Rexrode said. Depressed women Researchers followed 80,574 women between the ages of 54 and 79 from 2000 to 2006. None had previously had a stroke. At the study's start, 22 percent had suffered depression, and 1,033 stroke cases were documented during six years of follow-up. Compared with women without a history of depression, depressed women were more likely to be single, smokers and less physically active. They were also slightly younger, had a higher body mass index (BMI) and more coexisting conditions such as high blood pressure, heart disease and diabetes. "Depression can prevent individuals from controlling other medical problems such as diabetes and hypertension, from taking medications regularly or pursuing other healthy lifestyle measures such as exercise," Rexrode said. The mind and the brain Depression may also be linked to inflammation in the body, which increases the risk of stroke, as well as other conditions or underlying vascular disease in the brain, said study researcher An Pan, of Harvard School of Public Health. "Regardless of the mechanism, recognizing that depressed individuals may be at a higher risk of stroke may help the physician focus on not only treating the depression, but treating stroke risk factors such as hypertension, diabetes and elevated cholesterol as well as addressing lifestyle behaviors such as smoking and exercise," Pan said. The study found an association, not a cause-effect link. The researchers cannot rule out the possibility that other factors not taken into account in the study were responsible for the link, Pan said. The study is published today (Aug. 11) in the journal Stroke. Pass it on: Depression may increase the risk of stroke in women, and doctors should consider evaluating depressed women for stroke risk factors.