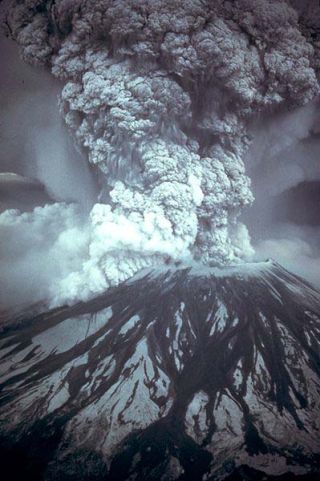 Scientists believe that our warming world may face catastrophic changes to its natural environment, including droughts, rising oceans and fiercer, more frequent hurricanes.

Theoretically, it may be necessary to act globally to mitigate the damage. Initially, those efforts will probably take the form of limits on greenhouse gas emissions or forest preservation. But some scientists and policy-makers believe it might be necessary for scientists to take an active hand in engineering a solution to our climate problems.

Those potential solutions, collectively called "geoengineering," would use scientists' knowledge of the Earth's cycles to curb the rise in temperature, the melting of the ice caps and increasing weather volatility. Yet, very few studies have tackled the practical implications of such extreme measures, in part because of the controversy surrounding the prospect of "messing with" the environment.

"It's ground zero right now for understanding the climate response to geoengineering," said Cecilia Bitz, of the University of Washington. Bitz isone of a handful of researchers in the U.S. exploring the impact of geoengineering ideas. "There have only been a couple dozen papers in the literature, and you'll be surprised to know that it's a rarity to have an ocean GCM [general circulation model] in the model."

Bitz, working with University of Washington researchers Kelly McCusker and David Battisti  the, analyzed the impact of the leading geoengineering solution, the release of volcanic aerosols into the upper atmosphere.

"The equivalent of Mount Pinatubo going off every year," Bitz said, referring to the eruption in the Philippines in 1991, the largest in recent memory.

Using the NSF-supported Ranger supercomputer at the Texas Advanced Computing Center, their simulations explored a range of aerosol implementations, from steady to slowly increasing releases of the aerosols to a sudden cessation of activity, which could lead to dangerously rapid warming.

Though it may be possible to reduce the atmospheric temperature, they found that other aspects of climate change, specifically the melting of the ice caps may be much more difficult to reverse.

"There are regional issues — there's still warming in the poles and subsurface ocean warming near ice sheets, and there are plenty of unknowns that we can't answer," McCusker said.

There's is one of a handful of computational geoengineering studies, and it helps to determine how a drastic human-induced change might interrupt the Earth's environmental systems. The work follows up on other atmospheric studies by Bitz, including a recent publication in Nature that suggests that greenhouse gas mitigation can reduce sea ice loss and increase polar bear survival.

The only planet we have

"We don't know what society would consider an unacceptable level of climate change, but it may happen, and at that point there may be a demand to geoengineer," Bitz said.

The challenge of studying geoengineering is the lack of a suitable physical environment for experimentation.

"We only have one planet," said Alan Robock,  a leading geoengineering researcher at Rutgers University. "Meteorologists and climate scientists do not have laboratories with test tubes or accelerators. And we cannot mess with the only planet we have to test its responses to making stratospheric clouds or brighter oceanic clouds, so we use models of the climate system — computer simulations of how the climate would respond to these forcings."

Bitz hopes the solutions that she's exploring will never need to be tested. But, like an evacuation plan or a bomb shelter, it is comforting to know that if solutions are required, scientists have done the initial research and have a sense of the potential outcomes.

Robock said, "We may discover dangerous consequences we never thought of before. Or we may find that particular geoengineering scenarios reduce the risk of global warming more than the additional risks they present. This will allow us to make an informed decision some time in the future when we are faced with dangerous climate change."