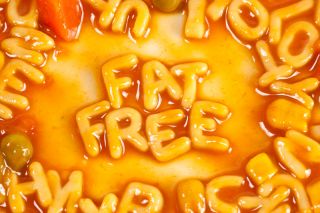 Artificial fat substitutes, often used by dieters to lose weight, might in fact contribute to weight gain, according to a study from Purdue University researchers.

This builds upon similar studies by the same research group, as well as by others, demonstrating how artificial sweeteners also promote weight gain.

It's getting to the point where you can't stay healthy by tricking your body and eating junk food with laboratory-crafted chemicals replacing the nature-made bad stuff. [7 Little-Known Tricks that Shave Pounds]

The Purdue study, detailed in the current issue of the journal Behavioral Neuroscience, examined rats eating potato chips with olestra.  Olestra is a synthetic fat substitute with zero calories, thought to pass through the body undigested.

The researchers, led by Susan Swithers, speculate that the fat substitute is playing tricks on your brain.  Food with a sweet or fatty taste usually indicates a large number of calories, and the taste triggers various responses by the body, including salivation, hormonal secretions and metabolic reactions.  Fat substitutes can interfere with that relationship, Swithers said, when the body expects to receive a large burst of calories but is fooled by a fat substitute.

"These data are consistent with the hypothesis that animals may use the sensory properties of food to predict the consequences of consuming food, and that reducing the validity of this predictive relation can lead to positive energy balance," the researchers explain in the paper.

That is, animals ultimately crave and consume more calories when their diets are filled with the trickery of zero-calorie fat and sweet substitutes.

Of rats and men

Swithers stressed that the study was conducted only on rats and that it is difficult to extrapolate these results to humans.  Yet this study adds fuel to the massive, recent Harvard study revealing how food type matters more than calorie content in the game of weight gain.

Olestra is not without its well-known problems.  Side effects include greasy stool and difficulty absorbing certain fat-soluble vitamins — the latter being all the more crucial in a junk-food diet starved of vitamins.

The Purdue study, however, has implications beyond olestra.  The researchers explained that fat substitutes in general, and not the precise chemical makeup of olestra, are likely responsible in tricking the brain and setting up a scenario for extra consumption and weight gain.

So, once again we are confronted with the fact that successful dieting entails consuming natural foods minimally processed, and not diet cake, diet chips and diet soda.  That's food for thought for our inner rat.