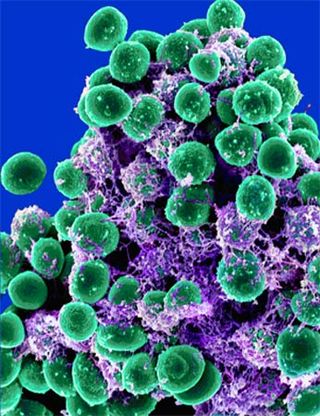 The E. coli outbreak in Germany caused death, sickness and panic and sent experts scrambling to identify the source of the illnesses. But while E. coli can kill, it's unlikely to wreak havoc on a global scale, experts say.

The real threats ? the ones that haunt the dreams of public health officials ? have certain characteristics that E. coli lacks.

Profile of a killer

First, the pandemic potential of any microorganism depends on its virulence, explained Jonathan Tucker, a chemical and biological weapons expert at the Monterey Institute of International Studies' Center for Nonproliferation Studies in Washington, D.C. A highly virulent bug can kill a large portion of those it infects.

It addition, it would need to be highly transmissible – the most feared germs are those that easily travel from person to person through the air.

Finally, it should be hardy. A microbe's hardiness is measured by its ability to persist in the enviorment and remain infectious for an extended period of time, Tucker said.

"All of these variables would determine the level of danger," he said.

Smallpox fits those descriptions well. It kills about 30 percent of its victims, spreads from person to person through the air, and can linger in the air for fairly long periods, Tucker said.

Viruses like the flu are also worrisome. Though not as virulent as smallpox, influenza is extremely transmissible, Tucker said.

That's why public health officials were so concerned when the novel H1N1 flu virus appeared in 2009.

"That was a real threat that caused 12,000 deaths [in the United States] last year," said Dr. Paul Offit, a pediatric infectious disease expert at the Children's Hospital of Philadelphia.

H1N1 turned out not to be as bad as anticipated, but any pathogen that is transmitted "merely by sharing the same airspace" has the potential to cause a global health pandemic, Offit said.

E. coli bacteria, on the other hand, must rely on contaminated food or bad sanitation to find their way to their victims. The E. coli strain in Germany is unusually virulent, but because of the nature of its transmission, it won't infect as many people, Tucker said.

"Water- and food-borne pathogens are unlikely to cause global pandemics," Offit said. E. coli is also unlikely to spread from person to person.

Pathogens manipulated by bioterrorists would have the potential to wreak far more havoc, Tucker said. For instance, anthrax is not normally ingested and does not spread through the air. But the bacteria can form hardy spores, and if made into an aerosol, it could infect a lot of people through inhalation, Tucker said.

Pass it on: To cause a global pandemic, a pathogen most likely needs to be virulent, spread from person to person through the air and persist in the environment for extended periods.