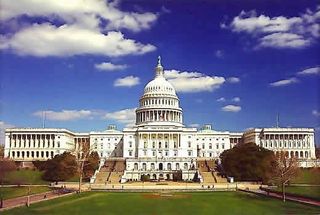 US Capitol Building
(Image: © Architect of the Capitol)

Research has confirmed that politicians are smooth talkers. A study found they evade answering tough questions during debates by addressing similar, though not identical, questions.

When the question and answer were very different, for example, the health care statement in response to a question about the war on terror, listeners recognized the dodge and came away with a negative view of the speaker.

Debate viewers didn't notice the speaker dodging these similar questions unless they are specifically reminded of the question by placing it on the screen. Even when facing a dodge, participants could remember the original question 88 percent of the time if it had been on the screen, compared to 39 percent when it wasn't.

Researchers believe this could be because our brainpower is usually focused on interpreting the speaker's social actions — whether they think the person is honest or trustworthy — which distracts them from recognizing the dodge.

"As soon as we encounter a new person we analyze them socially," Roger told LiveScience. "Because this activity stops us from fully engaging in the answer, it facilitates question dodging."

This study was published in the April issue of the Journal of Experimental Psychology: Applied.