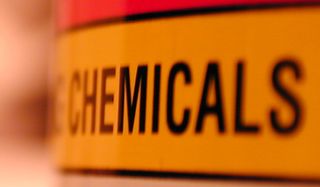 The way the U.S. government regulates the introduction and management of chemicals in the country fails to protect the health of children and pregnant women, according to a new policy statement from an influential group of pediatricians.

Some 80,000 chemicals, including bisphenol A (BPA) and flame retardants, have come on the market since World War II, and new ones are being introduced each year. But the primary federal law that governs the management of these chemicals — the Toxic Substances Control Act — is riddled with flaws that render it ineffective at protecting the nation's citizens from the potential hazards of these chemicals, the American Academy of Pediatrics (AAP) says.

In fact, the law does not require these chemicals to undergo testing before they hit the market, meaning the public, in effect, becomes guinea pigs for such testing.

"It becomes a public responsibility after the chemical is out on the market to discern whether it's hazardous or not," said Jerome Paulson, medical director for national and global affairs at the Children's Health Advocacy Institute in Washington, D.C., and lead author of the policy statement. On the other hand, the manufacturers benefit economically from these chemicals without having to bear the cost of testing, Paulsonsaid.

Because children are smaller than adults and are still developing, they are at particular risk from these chemicals. The Toxic Substances Control Act is in need of an overhaul, the AAP says. The revisions it calls for include: the requirement that companies test the chemicals they manufacture before they are brought to market, and that such tests provide information on the hazards of these chemicals to children and the developing fetus.

The policy statement is published in the April 25 issue of the journal Pediatrics.

The Toxic Substances Control Act, passed in 1976, in theory provides the Environmental Protection Agency (EPA) with the authority to require reporting and testing of chemicals, and to restrict or ban chemicals. It's intended for the supervision of chemicals that are not drugs, pesticides or food additives (these substances are regulated by other laws).

The problem is the act does not meet its goals, the AAP says.

Under the law, manufacturers are required to inform the EPA of their intent to market a new chemical, but they don't need to perform any pre-market safety testing on these chemicals. In fact, any safety testing that is performed may actually reflect badly on the company if such testing reveals potential adverse effects from these chemicals.

"There's an actual incentive not to do any testing," Paulson said.

The EPA is in charge of gathering toxicity information on these chemicals, but it does not have the resources to perform testing on the thousands of chemicals in commerce, the AAP says.

The law is so feeble that, when there actually is evidence that a chemical should be restricted or banned, it can be very difficult to do so. A separate act of Congress was needed in 1986 to give the EPA the authority to regulate asbestos, a mineral fiber that was used commonly in building construction materials and has been linked to cancer.

"They really can't have a situation where Congress has to pass judgment on every single chemical in the marketplace," Paulson said.

Here are some of the recommendations from the AAP to change chemical management in the United States:

Chemicals should be tested before they are brought to market in a manner that provides information regarding the chemical's effects on reproduction, development and potential hormone disruption;

Chemicals should have to meet standards similar to those met by drugs or pesticide residues on foods;

Like drugs and pesticides, the health impact of these chemicals should be monitored after they are brought to market, and the EPA must have the authority to remove a chemical if needed.

The government should fund research to evaluate the impact of these chemicals on children's health.

Some in Congress have introduced proposals to essentially rewrite the Toxic Substances Control Act, Paulson said. In previous Congresses, such proposals have not gone very far, Paulson said. "It remains to be seen what will happen this time around."

Pass it on: The Toxic Substances Control Act is in need of an overhaul because it doesn't protect children and pregnant women, the AAP says.