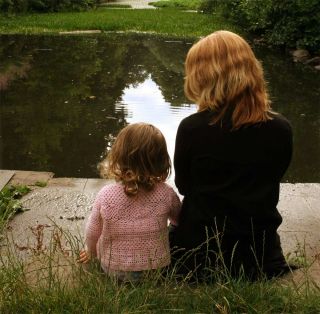 Kids these days are happier when Mom's content in her relationship with her partner, but their bliss is less dependent on Dad's relationship satisfaction, a new study based in the United Kingdom suggests.

The ingredients for the most chipper children included: living with two parents (either biological or stepparents); having no younger siblings; not quarrelling with their parents regularly; eating at least three evening meals per week with their family; and having a mother who is happy in her relationship with her husband or cohabiting partner.

However, a global study published in the March issue of the journal Population and Development Review suggested that kids make parents happier eventually, with bigger families bringing parents joy in midlife.

Among men, being unemployed was associated with lower levels of happiness in their relationship with their partner.

"Together, these findings reveal the complex influences of different family relationships on a child's happiness," said researcher Maria Iacovou of the Institute for Social and Economic Research.

The results are part of the Understanding Society survey, which is funded by the Economic and Social Research Council and is expected to follow families for 20 years.