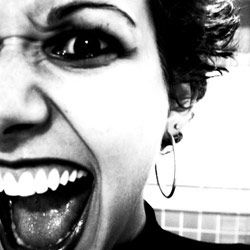 As jobless rates hover near modern highs, the unemployed are negatively affecting many of those who are still working – specifically, those sleeping next to them at night.

A study finds that the reliance of unemployed workers on their spouses for support can  add to the stress felt by the working partner, which can carry over into the workplace and potentially affect his or her performance in the office, said Maw-Der Foo, a University of Colorado professor who helped conduct the study and said the results surprised him.

Studies have long shown that stress is deadly. It has been linked to heart attacks and disease, and workplace stress is linked to higher weight.

“I think what was surprising to me was that I did not think there would be this spillover into their work experiences,” Foo told LiveScience. “Couples are very good at sharing their burdens, but they are not so good at helping the other spouse overcome these experiences.”

The study, published in the January issue of the Journal of Applied Psychology, examined the daily stresses felt by married couples in which one spouse was unemployed, and how that stress affected each of them. Now more than ever, employers need to be sensitive to employees who have an unemployed spouse, Foo said. The study showed that the increased levels of stress on the employed spouse led to problems such as:

“Companies shouldn’t be shortsighted on this,” Foo said.

Unfortunately, he added, many companies are reducing support services for families amid tight budgets.

Nancy Wajler is the adult learning director at Harper College in Palatine, Ill., and founder of the school’s career stimulus program, which helps unemployed community members through the ups and downs of the job search process. She believes awareness is key to helping couples relieve some of the stress.

“They need to be aware of their emotional state,” Wajler said. “A lot of people deny itand pretend like there is nothing to be concerned about.”

She encourages couples, whether by themselves or with a counselor’s help, to set aside time on a regular basis to have frank discussions about the fears they have and strategies that might help them cope.

“You need to release that energy,” Wajler said. “Bottling it up is not good.”

Based on the study, Foo said there are things the spouses of the unemployed can do to reduce theirown stress levels, including not speaking about their partner's job search during work hours, leaning on other family and friends for support, and having lunch with colleagues to help take their mind off their home situation, even if only briefly.

Since spouses are so emotionally intertwined, Wajler conceded it’s difficult for the partner of an unemployed worker to keep the stress from affecting his or her own work experiences.

“We are all human beings that have emotions,” she said. “We can’t just turn them on and off when we want to.”