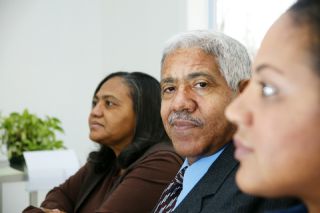 Physicians and psychiatrists who specialize in geriatric medicine are already in short supply, and despite an aging population in America, that's unlikely to change in the future, new research warns.

Today's medical students aren't going into geriatric specialties, according to a study presented March 19 at the American Association for Geriatric Psychiatry's annual meeting in San Antonio, Texas. The shortage mirrors similar gaps in family medicine, and is likely to become more acute as the population ages.

"You would think that geriatric medicine and geriatric psychiatry would be 100 percent filled, because you have these older patients and they have chronic conditions and often have multiple problems," study researcher Elizabeth Bragg, a professor of public health at the University of Cincinnati, told LiveScience. "But that's not what is happening."

By 2030, 70 million Americans will be older than 65, according to U.S. Census data. But they'll likely have few doctors specially trained to deal with the needs of older adults. As part of an ongoing study of the geriatric workforce, which started in 2000, Bragg and her colleagues surveyed fellowship and residency programs where doctors learn special skills after medical school. They also pulled data from national censuses of health care providers.

The reasons for the shortage are partly economic and partly due to the stigma of dealing with older patients, particularly those with mental health issues, Bragg said.

For geriatric medicine, she said, "you're going to go to school for another year or so and you're going to earn almost $20,000 [a year] less than if you were going to stay in internal medicine."

The looming shortage is already recognized as a problem. In 2010, Congress mandated a study determining the mental health care needs of Americans over 65. The Institute of Medicine (IOM), part of the National Academy of Sciences, is conducting that study. The report will be made public in April 2012, said study director Jill Eden of the IOM.