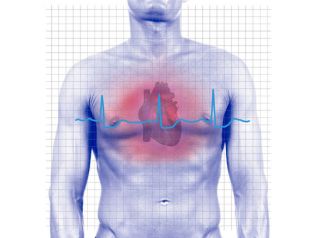 Patients who've had a heart attack may want to wait at least eight weeks before undergoing nonemergency surgery, a new study says.

That's longer than what is currently recommended by the American Heart Association and the American College of Cardiology, both of which advise patients to delay surgery until four to six weeks after a heart attack. But this recommendation is based on results from old studies conducted in the 1970s and 1980s.

In the new study, the highest risk of heart attack and death was seen for patients who had surgery less than 60 days (about 8 1/2 weeks) after a heart attack.

Surgery after a heart attack

Heart attack patients have coronary artery disease, a condition in which the blood vessels that supply oxygen to the heart are narrowed. Stress from surgery can lead to inflammation in the body, which in turn can cause plaques on the walls of arteries to break off and block blood flow, de Virgilio said. In addition, anesthesia during surgery depresses heart function, which can also increase the risk of heart attack in at-risk patients.

The researchers examined records from about 550,000 patients who had one of five surgeries, including hip surgery and gallbladder removal, in California between 1994 and 2004.

Can you delay surgery?

In some cases, postponing surgery will not be an option. "If it's true emergency, there's really no way of delaying," de Virgilio said.

But sometimes, even in cases often considered emergencies, delay may be possible. For instance, patients about to have gall bladder surgery are usually given antibiotics and have the operation within the same hospital stay. But it may be possible to treat these patients with just antibiotics for a period and perform the surgery at a later date.

"We need to take a closer look at these cases and try, if we can, in some of these situations to delay surgery … in those patients that have had a recent heart attack," de Virgilio said.

More research is needed to determine if heart attack patients may benefit from receiving coronary artery stenting or bypass surgery before an elective surgery, de Virgilio said. Stenting and bypass surgery would open up the blockages in the coronary arteries and might reduce the risk of heart attack, he said. The study is published in the May issue of the journal Annals of Surgery.

Pass it on: Ideally, patients who've had a heart attack should postpone elective surgery for at least eight weeks, a study suggests.