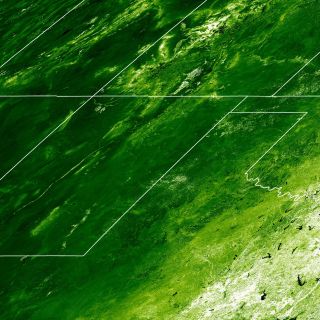 NASA satellites hovering hundreds of kilometers above the Earth may now be able to track a very terrestrial threat: mice.

According to a new study published Wednesday (Feb. 16) in the journal Global Ecology and Biogeography, satellite images showing changes in vegetation (food for mice) can be used to predict the risk of mouse-borne disease outbreaks. Flourishing vegetation generally means a mouse baby boom, and that, in turn, means more rodents carrying hantavirus, a respiratory disease that can be fatal when spread to humans.

The method "potentially could be applied to any animal that responds to vegetation," study co-author Denise Dearing, a biologist at the University of Utah, said in a statement. "It would have to be calibrated against each specific species of rodent and the disease, but it's really powerful when it's done."

Hantavirus is an ailment spread when people inhale dust containing mouse feces or urine. Only 503 human cases of hantavirus were reported between 1993 and 2009, according to the Centers for Disease Control and Prevention, but the disease is serious: About 36 percent of cases were fatal.

Dearing and her colleagues wanted a way to not just track outbreaks, but to predict them. The research team set about collecting two types of data. First, they trapped hundreds of mice during six field expeditions over three years. Each mouse was tagged and tested for the disease before being released.

When trapping first began, the researchers feared contracting hantavirus by handling the trapped rodents. To protect themselves, they initially donned biohazard suits that look like spacesuits, earning the nickname "hantanauts." After medical researchers learned that hantavirus isn't easily transmitted by handling mice (people usually get it when cleaning out dusty, enclosed spaces contaminated with mouse feces), the research team was able to ditch the suits.

Second, the team pulled data from MODIS, or the Moderate Resolution Imaging Spectroradiometer, a sensor on NASA's Terra satellite. The MODIS images of the field area in Juab County, Utah, were analyzed to measure the green light reflected by plants' leaves and the infrared light that plants absorb. More green and less red meant more vegetation.

They found that the mouse population boomed one year after a vegetation surge and then boomed again three-and-a-half months after that. The proportion of hantavirus-infected mice trapped didn't change, but the absolute number of infected mice went up along with the population.

"You can think of it as a kind of air drop of food for the mice," study co-author Thomas Cova, a geography professor at the University of Utah, said in a statement. "It's rained and suddenly there's just so much food that they're rich. They get fat, population density goes up, and about a year-and-a-half later, population peaks."

Because the satellite vegetation images so clearly predict mouse population booms, health officials could use the information to pinpoint where hantavirus outbreaks are most likely to occur.

"Although the focus of this work is hantavirus in deer mice, it contributes to our broader understanding of how to monitor the spread of infectious diseases from space, which in the long run could save lives," Cova said.