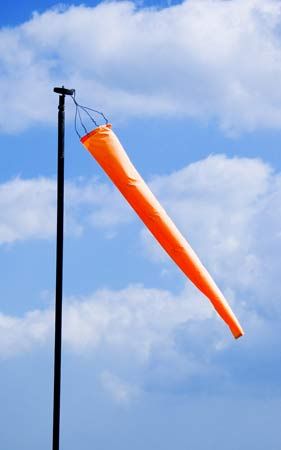 In one of the most stark illustrations of how a changing climate can have regional effects, scientists have learned that winds over North America have done a complete 180 since the time of the last Ice Age several thousand years ago.

Winter blizzards and spring thunderstorms today are usually fueled by moisture-laden winds blowing in from the West Coast.

“In this study, we found evidence that during the last glacial period, about 14,000 to 36,000 years ago, the prevailing wind in this zone was easterly, and marine moisture came predominantly from the East Coast,” said lead study author Xiahong Feng of Dartmouth College.”

The findings were detailed today in the online edition of the journal Geology.

“Climate change involves interactions among temperature, precipitation and wind, but until now, research has rarely been able to observe or confirm prehistoric winds and their continental-scale patterns,” Feng said.

The researchers examined cellulose from ancient wood samples recovered from the mid-latitudes of North America (40-50 degrees N). The changes in the compositions of oxygen and hydrogen isotopes across the continent gave the researchers a picture of the distribution of moisture during the glacial period. While modern samples show high levels of moisture on both coasts, the ancient samples surprisingly showed high levels on the East Coast that steadily decreased to the West Coast.

Feng hypothesizes that the Laurentide Ice Sheet, which covered a large area of North America during the Ice Age, intensified winds swirling around the North Pole. This intensification caused the jet stream, along which many storms tend to track, to dip further south than does today and the weak polar easterlies above it were pushed down over the mid-latitudes of North America.

Essentially, the wind patterns of today “got squished down toward the equator,” Posmentier said.

These changes in wind direction in turn changed precipitation patterns. For example, the Pacific Northwest was found to be much drier than it is today, which earlier studies of vegetation in that region have also shown.

Feng hopes that the methods her team used in this study can be used to better understand climate interactions and to formulate better models of future climate change.