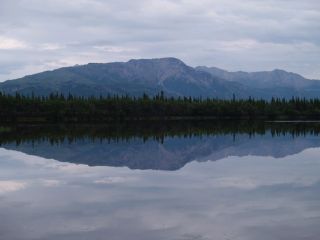 More than 10,000 Alaskan lakes have dried up or shrunk in size in a span of 52 years, scientists reported today.

Between 1950 and 2002, Alaska experienced longer growing seasons, increased thawing of permafrost, and greater water loss from evaporation of open waters.

All of these changes, along with the water loss in the lakes, are associated with the recent climate warming in Alaska, the researchers note in the Oct. 10 issue of the Journal of Geophysical Research, Biogeosciences.

They suspect that the loss of water in ponds could be from the lowering of water tables throughout the low-lying landscapes in the interior of the state.

"No one has done a state water-body inventory of this magnitude," said lead author of the study, Brian Riordan, a researcher at the University of Alaska Fairbanks. "It will allow land managers to stop speculating about possible water-body loss and begin to address the implications of this loss."

Lowered water tables could negatively alter the effect of wetlands on the environment and the organisms that depends on it. Wetlands are generally saturated with surface and ground water and support a variety of plant and animal life that live in the soil and on the surface.

The researchers outlined by hand every pond in aerial photographs dating from 1950 to 2002, the most tedious part of a four year project.

"With automated classification, your accuracy goes down," Riordan said.

All the ponds in the sub arctic Alaska showed a reduction in area of between four and 31 percent with most of the change occurring in the 1970's.